DARPA’s Economic Fix: Run All Industries Like the Semiconductor Industry

Ask a GM employee, any barstool economist, or your dad, and they’ll all likely tell you the same thing: American... 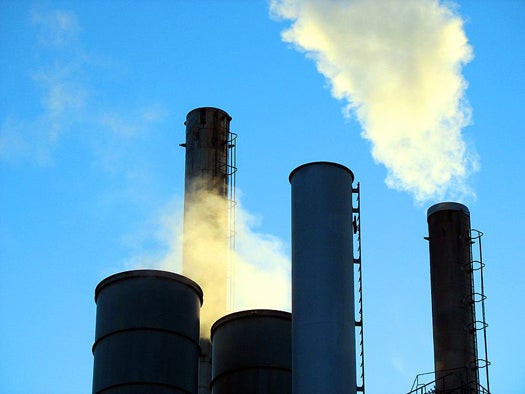 Ask a GM employee, any barstool economist, or your dad, and they’ll all likely tell you the same thing: American manufacturing ain’t what she used to be. But who will think us out of this economic box we’ve trapped ourselves in? DARPA, of course. DARPA’s director told the President’s Council of Advisors on Science and Technology (PCAST) that by replicating the successful model that the semiconductor industry is built upon, other manufacturing sectors can experience similar booms as well.

DARPA — better known for seeking flying cars and weather control devices — is currently integrating more than 20 programs that have implications in the manufacturing sector, synthesizing ideas that collectively have $200 million federal dollars backing them up. The key tenet of DARPA’s plan: decouple the manufacturing and design processes.

The problem, DARPA director Regina Dugan told PCAST, is this: vertical integration has become inefficient, dragging creative companies down with costs associated with maintaining manufacturing facilities. “The seams between each stage of development; between design and prototyping, early production runs, limited, and large scale manufacturing … create extensive rework and are the source of production delays, surprises, and cost overruns,” Dugan said in her statements to PCAST.

The semiconductor industry, on the other hand, designs products and relies on semiconductor foundries to manufacture — even to prototype at the prototype stage — their products. These fabrication-less firms focus on innovating and leave the core manufacturing to the foundries, which distribute their costs across the products of many companies. The result is greater efficiency on both ends; designers focus on innovating and manufacturers are never idle waiting on the next big idea from upstairs.

In proper DARPA fashion, details concerning this great economic panacea are scarce. That’s probably because, while this sounds good from a macro perspective, a closer look at America’s manufacturing sector reveals diverse industries across which the semiconductor paradigm might not necessarily fit.

For instance, it’s difficult to imagine a pharmaceutical company that spends tens (or hundreds) of millions on research, trials, and FDA approval just handing over its investment to a third party that likely also does business with its rivals. Nor does it seem particularly efficient for the manufacturer; stamping out a few-hundred thousand semiconductors is one thing, but the nuances of tweaking chemical compounds until they’re just right seem more suited to trusted in-house experts.

Then there’s the thorny issue of outsourcing; if we separate our creative process from the manufacturers who create the products, what’s to stop U.S. companies from seeking less costly labor on foreign soil? Implementation also seems difficult. How would America, as a policy, force businesses to divorce their manufacturing operations from their product development arms?

But criticisms aside, this wouldn’t be the first time DARPA stunned us with a game-changing idea that the skeptics didn’t quite comprehend until later — remember the time they invented the Internet? We’ll remain cautiously optimistic for now.