You put your sunlight in, you take your hydrogen out 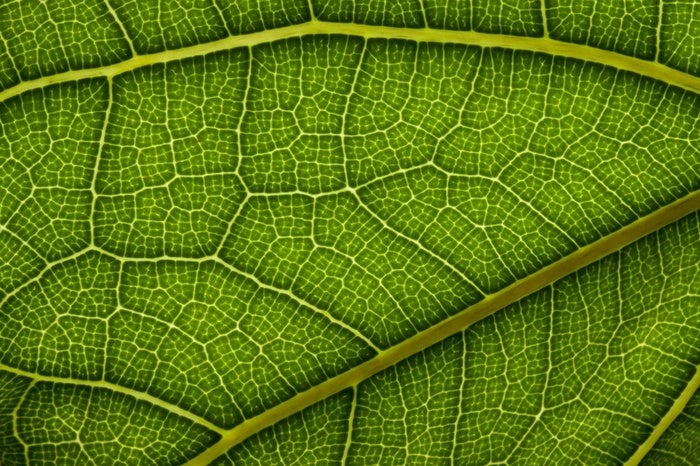 Real leaves are natural energy factories that can split water molecules and create hydrogen ions. Scientists have long tried to copy the molecules involved in creating hydrogen, but a Chinese team took a different tack by creating an artificial structure based on natural leaves as templates. Early tests have shown that the artificial leaves could soak up twice as much light and produce three times as much energy as the real thing, New Scientist reports.

Researchers at Shanghai Jiao Tong University treated several types of leaves with hydrochloric acid and heat as high as 932 degrees F (500 degrees C) to remove the plant material. That left a crystallized titanium dioxide framework to reinforce the remaining natural structures of the leaves, such as lens-like surface cells that can catch light from any angle and veins that channel the light deeper into the leaf.

Scientists have previously tried squeezing new biofuels from fish, and look to harness deep-sea bacteria that can transform carbon dioxide into natural gas. But these artificial leaves should find a good home on those fake plastic trees that can soak up far more carbon dioxide than their natural cousins.