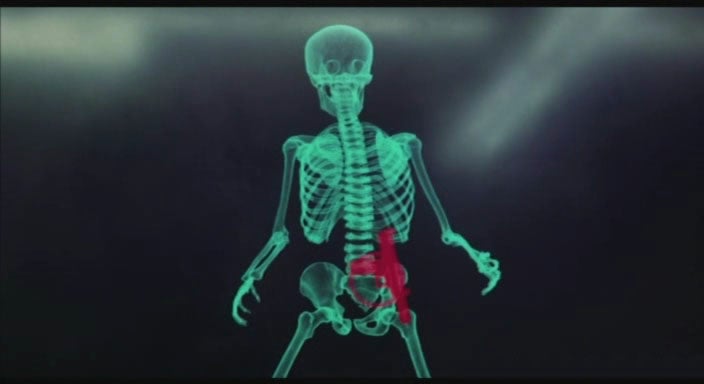 If Superman saw in terahertz radiation, he could do more than just peer through clothes and the human body. The Man of Steel might also be able to identify the chemical difference between a benign powder or an explosive tucked away inside a vial within a suitcase — assuming that he could somehow tune his vision.

No worries, because an MIT electrical engineer and colleagues have managed to tune a small but powerful laser capable of generating terahertz rays. That could someday lead to airport scanners capable of even better snooping than superheroes.

But analyzing the chemical signature of aspirin, methamphetamine or an explosive requires the laser to operate on a continuous range of frequencies, so that each frequency gets absorbed to a different degree.

MIT’s Qing Hu worked with other researchers to develop the new tuning technique by using a specific type of quantum cascade laser, called a wire laser. Such wire lasers exhibit an electromagnetic pattern called the “transverse mode” — a wave perpendicular to the main light beam wave — that is greater than the width of the laser itself.

Hu’s group placed blocks of different materials near the laser, and found that they could affect the transverse mode and change the laser wavelength. Metal blocks shortened the wavelength, and silicon blocks lengthened it.

“Since the very beginning of terahertz development in the 1970s, people have been trying to make [high-power] sources that are compact and tunable, and so far, this is really the first example of such a source,” said Peter Siegel, head of the Submillimeter Wave Advanced Technology group at NASA’s Jet Propulsion Laboratory at Caltech.

Creating a terahertz quantum cascade laser capable of operating at room-temperature still remains a challenge, because the lasers currently require liquid nitrogen to cool them to very low temperatures. So airport scanners with the technology won’t roll out anytime soon, but they would represent a safer alternative for humans compared to modern x-ray scanners.

Still, Siegel called the achievement a “fantastic breakthrough,” and added that he did not think the tuning technique would change based on the temperature of laser operation.