Journalists have already spilled gallons of ink and hogged terabytes of bandwidth with stories about the implications of switching from... 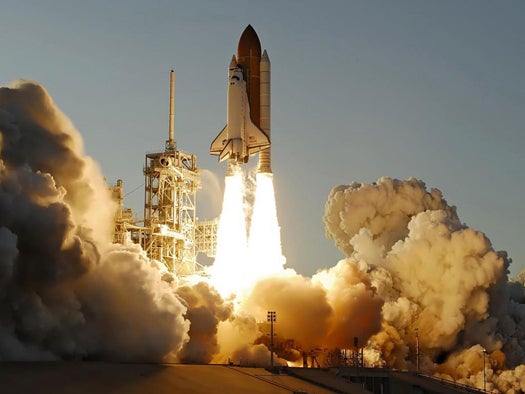 Journalists have already spilled gallons of ink and hogged terabytes of bandwidth with stories about the implications of switching from the Space Shuttle to the new Constellation system. Of course, most of the reporting has focused on the impact to NASA, thus ignoring another somewhat unlikely victim of the gap between the two programs: the economy of Florida.

Florida, already reeling from the collapse of the housing market and the effects of the Great Recession, faces a serious loss of revenue from both the evaporation of tourists who come to watch the launches, and from the potential relocating of NASA personnel related to the Shuttle program away from the Kennedy Space Center. In total, the NASA activities contribute around $4 billion a year to Florida’s economy, or about 0.5 percent of total state GDP. With Florida’s GDP contracting in 2008, and set to plummet even more in 2009, this lost revenue could impact the state just as it begins to recover.

The gap between the end of the Space Shuttle program and the beginning of Constellation could see as many as 8,000 NASA employees let go or relocated. And considering the average NASA employee at the Kennedy Space Center makes $77,235 a year, roughly twice the average for the county, that loss could have economic ripples throughout the state.

Florida already experienced a similar problem in 1975, when the end of the Apollo program reduced employment around the Kennedy Space Center to levels not seen since the Great Depression.