New technology produces energy from fuel without burning it 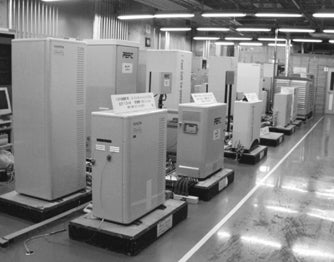 With the conference in Copenhagen swiftly approaching, and the Senate analog to the Waxman-Markey “American Clean Energy and Security Act” struggling towards the floor, little doubt remains that fossil fuel-burning power plants will soon face either fines for, or mandatory reduction of, carbon emissions. Luckily, a team at MIT has devised a power plant set up that generates power from fossil fuels, but does so with almost none of the carbon emissions.

The power plant centers around the use of solid oxide fuel cells. These cells generate power from natural gas through the same oxidation reaction used in conventional power plants, but they achieve that oxidation through a chemical reaction, not by burning the gas. When combined with carbon-scrubbing smoke stacks, this method produces just as much energy as a regular natural gas plant, but with 90 percent fewer carbon emissions.

The only drawback is the price, at least for now. If a pricing scheme similar to the cap-and-trade system in the Waxman-Markey bill enters into law, the cost of burning coal or natural gas for energy will exceed the cost per kilowatt hour of the MIT-designed solid oxide fuel plant.

Obviously, none of these plants have been built yet, but a prototype plant will go online in 2012, and the MIT plan utilizes only technology that already exists on the market. Considering today was a 60 degree day in New York City, in December, maybe those MIT boys need to work a little faster.