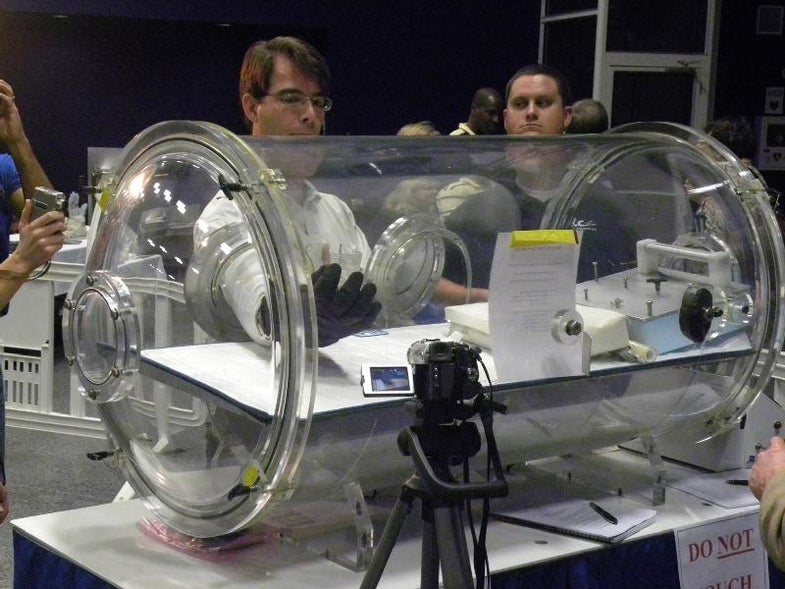 Glove designers walked away with a total of $400,000 in prize money at NASA’s second Astronaut Glove Challenge yesterday. The U.S. space agency awarded the money because the private glove designs beat the in-house version, and NASA may incorporate the designs into the Constellation spacesuit intended for next-gen astronauts returning to the moon.

Peter Homer of Maine took the first place prize of $250,000, based on a souped-up version of his glove design that won the 2007 challenge. Ted Southern of New York City won the second place prize of $100,000. 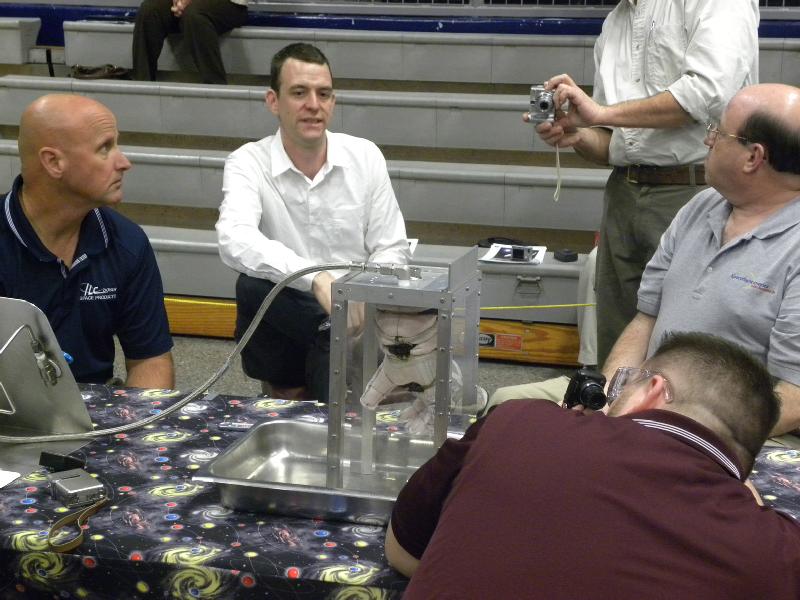 Both winners had to use their gloves within a sealed testing environment, and perform half an hour of exercises such as pinching, gripping, and other finger-flexing tests. Judges scored the results during the live tests at the Astronaut Hall of Fame in Titusville, Florida, Technology Review reports.

Each glove also passed a burst test inside the water-filled box. Homer’s glove managed to reach a max of 20 psi, and Southern’s glove successfully resisted 17 psi.

The Astronaut Glove Challenge comes as part of NASA’s Centennial Challenges, which include the space elevator games and a competition for lunar robot diggers.