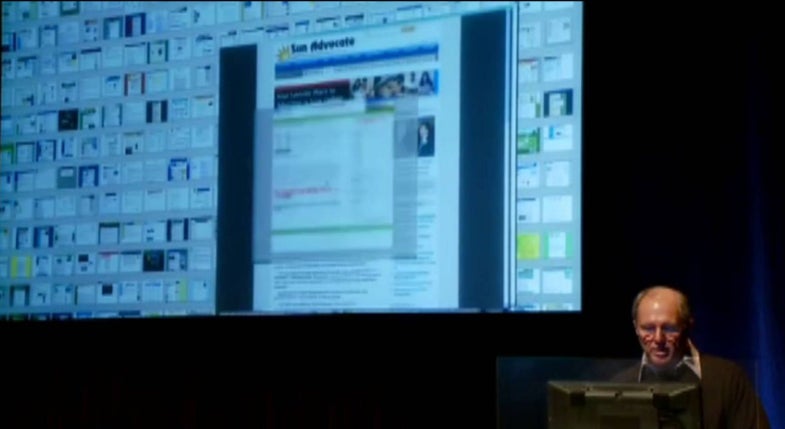 Wait, eye-tracking computers ... this could be bad. Microsoft
SHARE

Pen and voice input for computers is so early-millennium. Now Microsoft has created a next-gen computer concept that includes touchless gestures and eye-tracking, and has taken the device on a college tour with chief research and strategy officer Craig Mundie.

The computer comes complete with a transparent glass display that evokes either Minority Report or Iron Man, depending on your movie preference. Mundie circles objects without touching the screen and vocally orders the computer to organize and zoom during the demo. Even more impressive, the computer automatically enlarges documents based on where Mundie looks — an example of how eye-tracking can make browsing even more effortless.

Researchers are also developing touchless gesture interfaces that replace cameras with muscle sensors, and have tested such gestures with both Microsoft’s Surface Table and the rocking game Guitar Hero.

We’re all for more natural interaction with our gadgets. But for the love of Arthur C. Clarke, please don’t give eye-tracking to any computer named HAL.