There was a time when a farmer simply tasted a clump of dirt to tell the fecundity of the soil.... 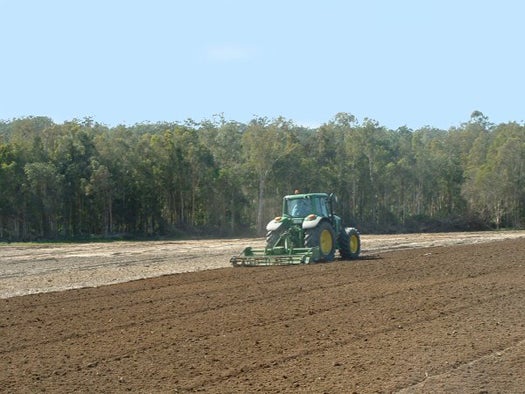 There was a time when a farmer simply tasted a clump of dirt to tell the fecundity of the soil. Now, a wide range of chemical analysis help instruct farmers on the optimal mix of fertilizer, pesticide and water. However, tests on soil samples are expensive and time consuming, and few farmers can afford to waste either time or money. And that’s where the satellite imaging comes in.

The electromagnetic radiation reflected by farmland contains within it vast amounts of information about the chemical competition of the soil. By measuring the reflected radiation of entire fields, satellites now provide a cheaper, and more comprehensive, alternative to the testing of soil samples.

The service costs about $15 per 2.5 acres for a couple of scans a year, and the information imparted by the satellite scans has already proven to increase crop yield by as much as 10 percent.

In France, a grain-grower’s co-op has even automated the process, linking GPS carrying farm equipment to the satellites. The farm vehicles carry about 50 different mixes of fertilizer formula, each one customized to particular soil characteristics. The satellite data links to the GPS system, and the vehicles automatically distribute the optimal fertilizer mix for the different soil quality regions identified by the satellites.

Beyond the industrialized world, non-profits and government organizations have already booked satellite overflights of the world’s most impoverished farmlands in Africa. The readings from the satellites provide cheap and easy recommendations for increasing yield in a continent continually plagued by drought and famine. Farmer’s Almanac, meet the space age.