The simple device could lead to better information storage 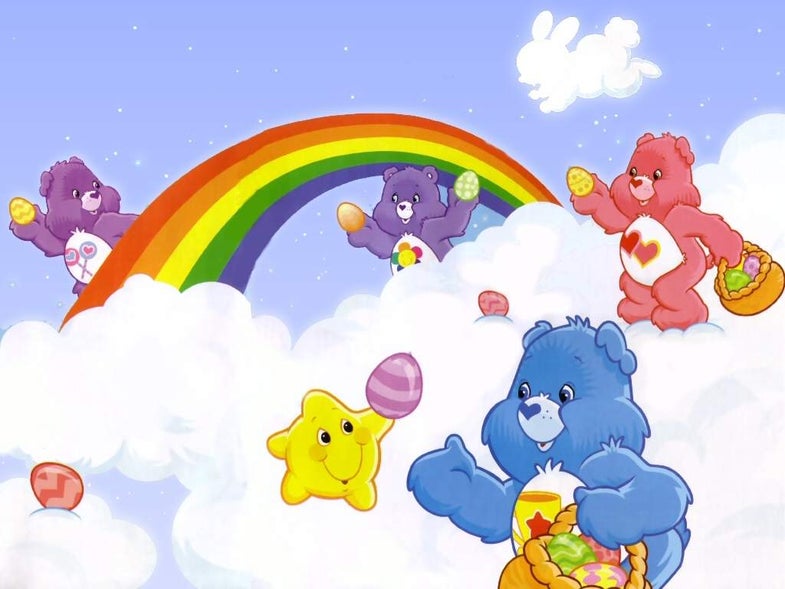 Those Care Bears can step off, because now humans have control over rainbows too. Scientists have created a rainbow trap with a lens and a plate of glass, and could apply the technique to information storage in the not-so-distant future.

New Scientist notes that UK scientists at the University of Surrey proposed a rainbow trap in 2007, based on exotic metamaterials that could manipulate light. But a team at Towson University in Baltimore, Maryland has managed the feat with a relatively simple setup.

One side of the lens received a 30-nanometer-thick coating of gold film, or about three times the thickness of a bacteria’s cell wall. Researchers laid that gold-side of the lens down on a similarly gold-coated glass slide, so that just a thin layer of air existed between the curved lens and flat slide.

The air layer eventually tapered off to zero thickness at the point where the lens and slide touched, and created a waveguide that trapped light components unable to pass through openings smaller than their wavelengths.

Researchers went on to shine a laser beam into the open end of the improvised waveguide device. The trapped rainbow showed up under a microscope as a series of colored rings inside the device.

This could all theoretically lead to better optical information storage, given that current computing devices need to convert signals between light and electrical. But for now, you can tell the kids that they can really catch rainbows, if they have the right equipment.