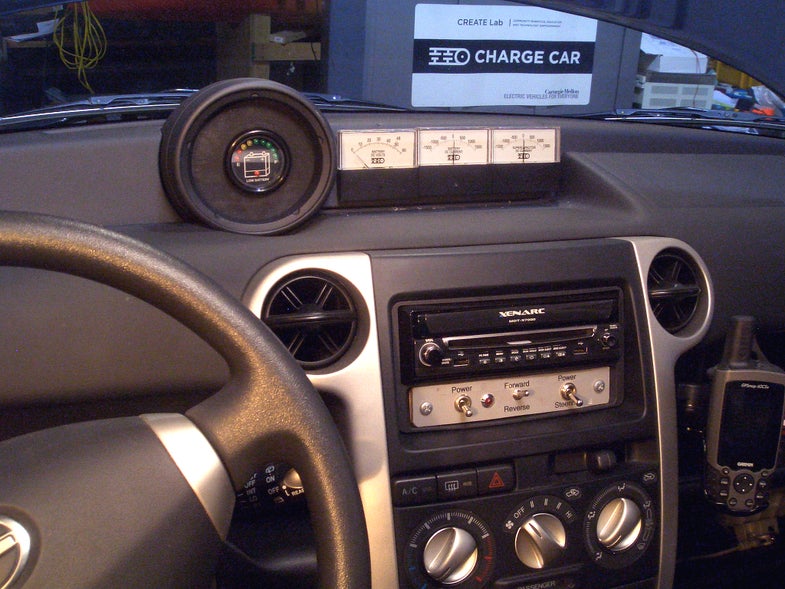 Drivers who want to know energy tradeoffs between gas guzzlers and electric cars may find some help at the ChargeCar project, where researchers have begun investigating how to customize electric vehicles to meet individual commuting needs. A smart power management system could even boost electric vehicle efficiency and extend battery life.

Most electric cars today are being designed with top-down engineering to match the performance of gas-powered cars,” said Illah Nourbakhsh, a roboticist at Carnegie Mellon University in Pittsburgh. “Our goal is to revolutionize urban commuting by taking a different approach — by first analyzing the needs, conditions and habits of the daily commutes of actual people and then using this ‘commute ecology’ to develop electric vehicles suited to each unique commute.”

For instance, electric cars might take advantage of supercapacitors that store and quickly unleash large amounts of electric power. Such supercapacitors can act as a buffer against the cycle of charge/discharge that typically shortens battery life.

Another cornerstone technology comes in the form of a smart power management system. The system would ideally learn a driver’s usual commuting routes and habits, so that it could make intelligent decisions about whether to draw power for the car’s electric motor from the batteries or supercapacitor. It could even decide where to store electricity produced by regenerative braking systems.

The ChargeCar team has converted a 2001 Scion xB into a platform for testing smart technologies. Researchers calculate that a smart system could help a supercapacitor reduce the load on batteries by 56 percent, and also cut down battery heating by 53 percent. The same intelligent controller could similarly recapture 48 percent of energy during braking.

Drivers can already go to the project website and upload any commute data stored via GPS. The site can then tell individual drivers the energy costs of using gas vs. electricity for their specific commutes, and also how much a supercapacitor might save on battery wear and tear.

This looks like great info for anyone interested in creating a truly customized vehicle of the future. Having smart car systems wouldn’t hurt either, and not just for individual commuters — consider the demand on our overtaxed energy grid by potentially millions of plug-in vehicle owners.