New Space Telescope Could Search for Both Exoplanets and Dark Energy 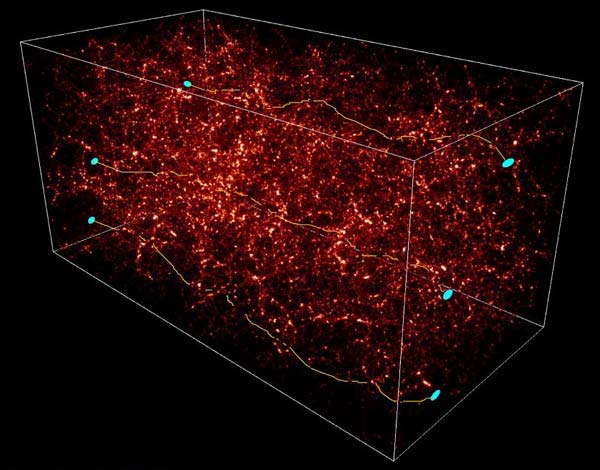 Europe’s Euclid space telescope could pick up on distorted light from distant galaxies, and pick up clues on the existence of dark energy.

Dark energy may not have much in common with aliens, unless there’s a flotilla of freaky monoliths out there with really weird physical properties. But astrophysicists hope to build a two-in-one space telescope that can search for signs of dark energy along with exoplanets.

Europe’s proposed Euclid space telescope would use a microlensing technique to detect the bending of light as it travels through clumps of dense matter. That would allow scientists to map out the locations of galaxies scattered across the universe, which in turn may reveal more about the role of dark energy as a theorized unseen force behind the universal expansion. Some cosmologists consider dark energy such a bugaboo that they have tried coming up with alternative explanations.

The very same technique could also pinpoint the light-bending effect of distant stars and planets, and help astronomers find new exoplanets that could potentially harbor extraterrestrial life. Folding in the search for ET may also prove more compelling for getting the space telescope funded, given that even the Vatican has recently begun pondering the cosmic complications of aliens.

Both scientific investigations require a space telescope that can stare patiently at a large swath of sky, and so Euclid fits the bill almost perfectly. But Astrobiology Magazine notes that both planet-hunters and cosmologists would have to share their viewing time with the telescope, and probably also financial support.

Still, even shared viewing time beats no viewing time. Astrophysicists estimate that 3 months of observations with Euclid could survey 200 million stars and perhaps find 10 planets resembling our own planet Earth. That hinges upon the European Space Agency’s review of Euclid and five other similar missions, with only two slated to make the cut for launch.