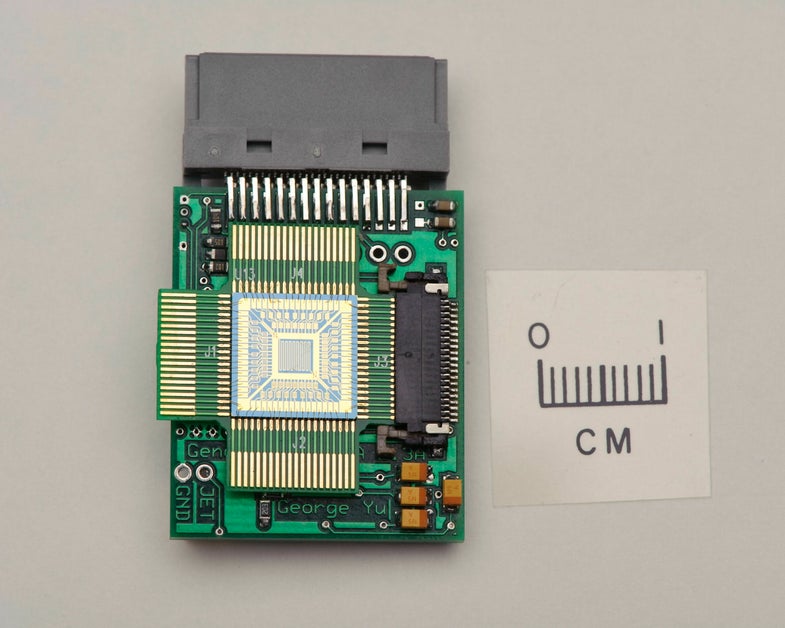 Cell phones have increasingly become mobile labs and tech tools for researchers, and now NASA has gotten in on the act. A postage-stamp-sized chemical sensor allows iPhones to sniff out low airborne concentrations of chemicals such as ammonia, chlorine gas and methane.

A puff from a “sample jet” helps sense any airborne chemicals. That information gets processed by a silicon chip consisting of 16 nanosensors, and then passes on to another phone or computer through any Wi-Fi or telecom network.

The gadget add-on comes courtesy of Jing Li, a physical scientist at NASA’s Ames Research Center in California. She developed the proof of concept with other researchers as part of Homeland Security’s Cell-All program, which aims to put more mobile sensors in the hands of every cell phone user.

Such sensors could alert first responders early if there’s a chemical accident or attack, even if the unfortunate cell phone user has already passed out.

This seems like a great addition to other cell phone tools such as off-the-shelf microscopes and watchful heart monitors. And we daresay that it’s even cooler than NASA’s first iPhone app, which streams NASA news to your smart phone.