CERN scientists hope to finally get some particle smashing done, after more than a year of delays and repairs 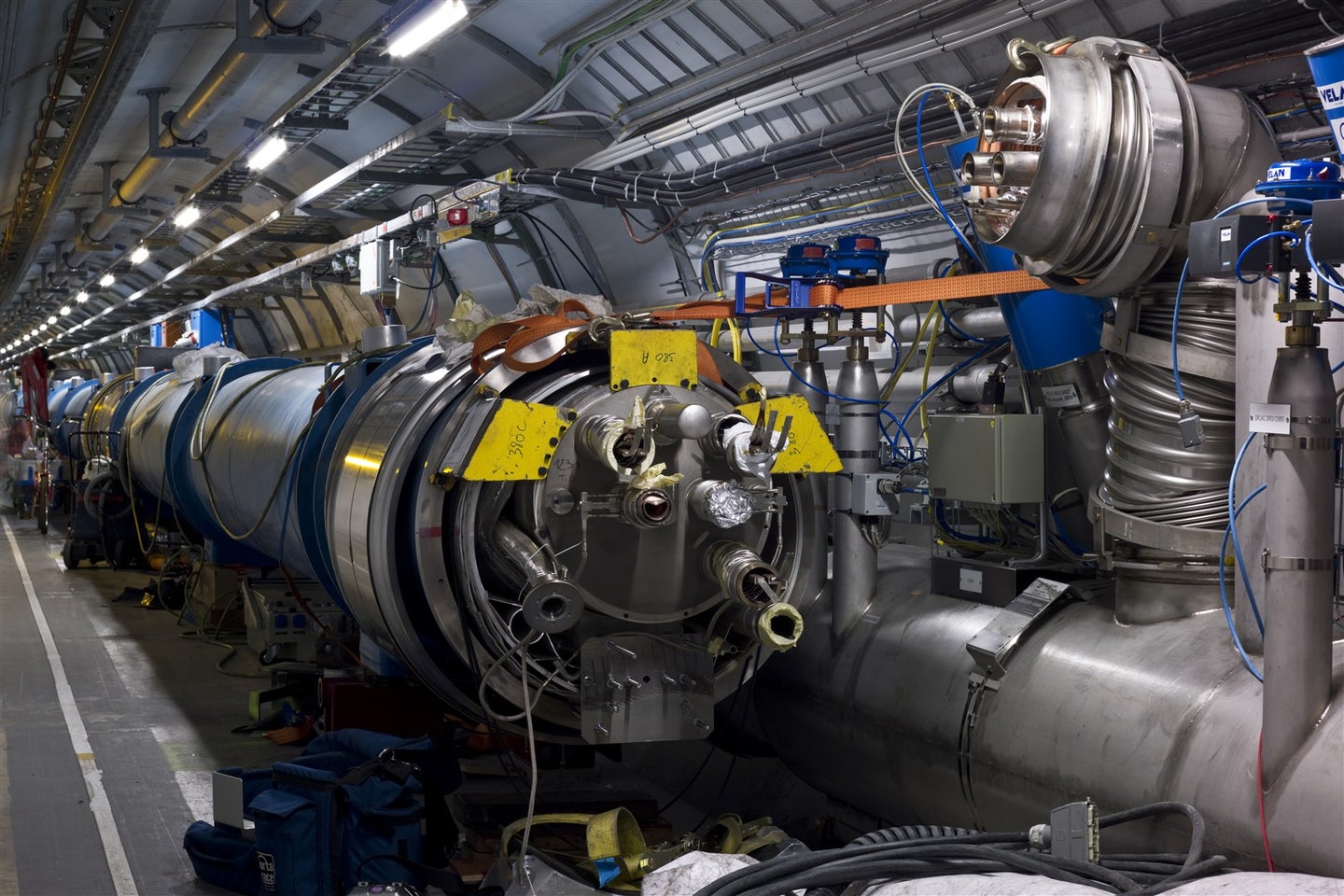 A bird dropping a baguette temporarily shut down the $5 billion Large Hadron Collider earlier this month. But scientists have a good feeling about the restart, which is slated for Friday, the The Guardian reports. The world’s most powerful particle accelerator has already spent more than a year undergoing repairs because of a coolant leak that damaged some magnets shortly after its debut last September.

The recent bird-baguette incident simply added insult to injury by threatening to overheat parts of the accelerator. That derailed plans by Cern workers in Switzerland to have the supercollider back online earlier this month. Engineers and technicians have spent the past year repairing 53 superconducting magnets that help guide particle beams through the 17-mile-long LHC ring.

Physicists hope that LHC can eventually push past its troubles to expand the boundaries of physics by finding hints of extra space dimensions and the Higgs boson, a fundamental particle thought to give matter mass. Cern plans to start with low-energy collisions and work up to 2.2 trillion electronvolts by Christmas, or enough for LHC to seize the title of most powerful particle accelerator.

The Guardian adds that LHC should be running on three times as much energy as the current title holder, the Tevatron supercollider near Chicago, by the beginning of 2010. Tevatron physicists have vowed to preempt LHC glory by finding evidence of Higgs boson first.

Either way, hopefully some subatomic particle smashing can satisfy the frustrations of CERN researchers so that they don’t go about punching holes in any delicate equipment.