Intel’s E-Book Reader For the Blind Is Awesome, But Will Publishers Accuse It of Stealing?

Intel threw its hat into the e-reader ring today with the release of the Intel Reader–which, unlike any other reader,... 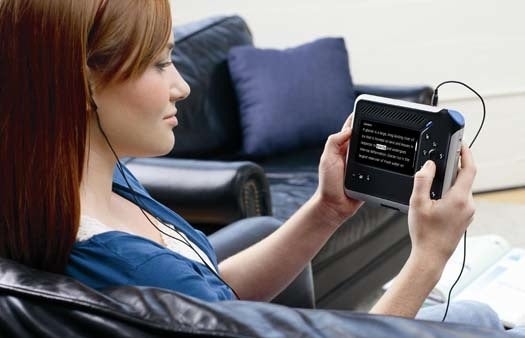 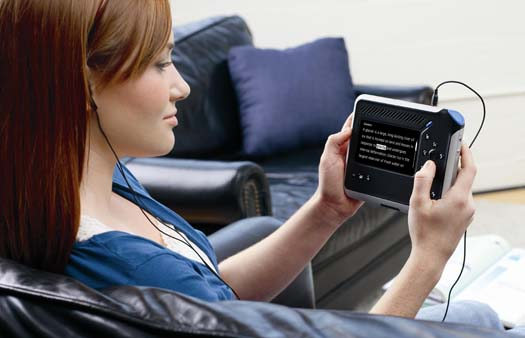 Intel threw its hat into the e-reader ring today with the release of the Intel Reader–which, unlike any other reader, is built specifically for the blind. With an onboard camera, Intel’s device can convert text from any page photographed by a user into audio, which is read aloud through headphones. Which will surely upset someone, somewhere.

The Intel reader is designed for the 55 million people in the U.S. alone that suffer from some kind of vision-related ailment that impairs their reading. And on top of the photo text recognition feature, a separate content capture station can convert large amounts of text, even an entire book, into audio for easier consumption.

And therein lies the snag: publishing companies have expressed distaste in the past for any device that takes copyrighted printed word and converts it into audio–see the recent dispute over Kindle 2’s ability to read its books aloud, which was intended for use by the blind.

The blind have been reading e-books since before they were cool, using computer software that reads the books aloud or enlarges the text to a readable size. In response to piracy, many e-book sellers build DRM code into their e-books, making the digital versions hard to duplicate. That DRM software often keeps third-party software, such as text-to-speech programs, from accessing the digital text and translating it to audio.

While the rising popularity of audiobooks has mitigated this problem somewhat (and created a fresh revenue stream for publishers), publishers aren’t thrilled with any device that cuts into said revenue stream. The losers in all this will likely be, of course, visually impaired people, who just can’t seem to stay away from digital-rights-related controversies in the e-reader space.

It’s too bad really, because the Intel Reader–though a touch on the pricey side at $1,500 if we may say so–is a really good idea. Fifty-five million people in the U.S. are living life with varying degrees of disadvantage that could be alleviated by this kind of technology. However, in the ongoing struggle between bleeding edge technology and archaic intellectual property law, the latter has a pretty good track record so far.