We’ve all been there, angrily jabbing the remote control at the cable box in a futile attempt to change the... 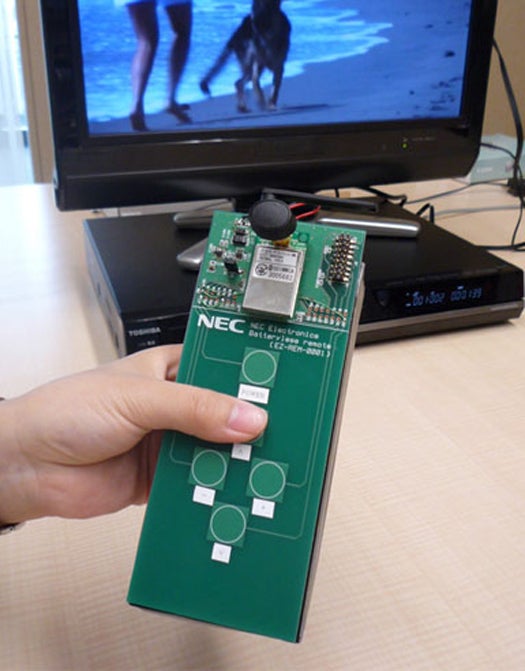 We’ve all been there, angrily jabbing the remote control at the cable box in a futile attempt to change the channel. When remote control batteries die, my sanity often follows closely behind. Well, soon that will be a problem as quaint as running out of whale oil for a lantern, thanks to a new remote control that charges itself with the energy from its buttons.

Developed by NEC and Soundpower Corp., this prototype combines a vibration-absorbing power generator with low-power-use electronics to create device fueled entirely by the user’s button mashing. Right now, the prototype focuses on television remote controls, but as the home becomes more and more wired, this technology could expand to a range of different appliances.

The prototype debuted yesterday at the Embedded Technology trade show in Yokohama City, Japan, but NEC doesn’t plan on rolling out a consumer version until 2011 at the earliest. During which time, I’ll be left to ponder how much battery life I’m adding to the remote when I throw it at the television after the Giants fail to convert on third down.