Worst-case planning never hurt anybody, and certainly not federal water projects that cost millions of dollars and could be easily... 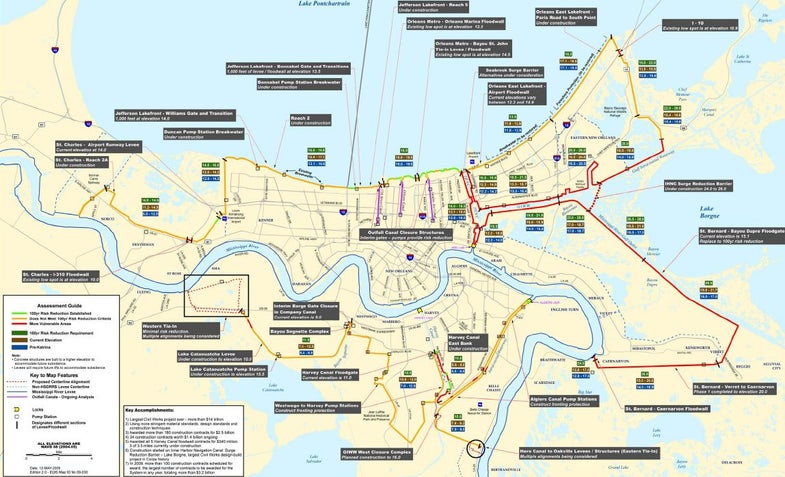 Worst-case planning never hurt anybody, and certainly not federal water projects that cost millions of dollars and could be easily undone by climate change and rising sea levels. A new policy now requires the U.S. Army Corps of Engineers to plan for future climate change when designing plans for flood control or other projects.

That could involve building water projects with extra-high levees to hold back future sea-level rise, for example, or allowing the current design to incorporate additional modifications to keep up with climate changes. Existing projects will now also undergo scrutiny by Army Corps engineers.

The policy stems directly from the planning failures and lack of foresight leading up to the Hurricane Katrina disaster that swamped New Orleans, according to Greenwire. Now the Army Corps must follow three minimum guidelines: estimate the effect of historic sea level rise, asses the impact from faster rising seas projected by the Intergovernmental Panel on Climate Change, and consider a worst case scenario based on criticism that the IPCC has actually underestimated how quickly glaciers are disintegrating.

This may come as a bit of a “well duh” move, but it’s definitely a right step. We floated plenty of suggestions in the past as to how coastal cities such as New Orleans could become more hurricane-proof, and the Army Corps has already begun construction on a $14-billion project to fortify the Big Easy against future storm threats.