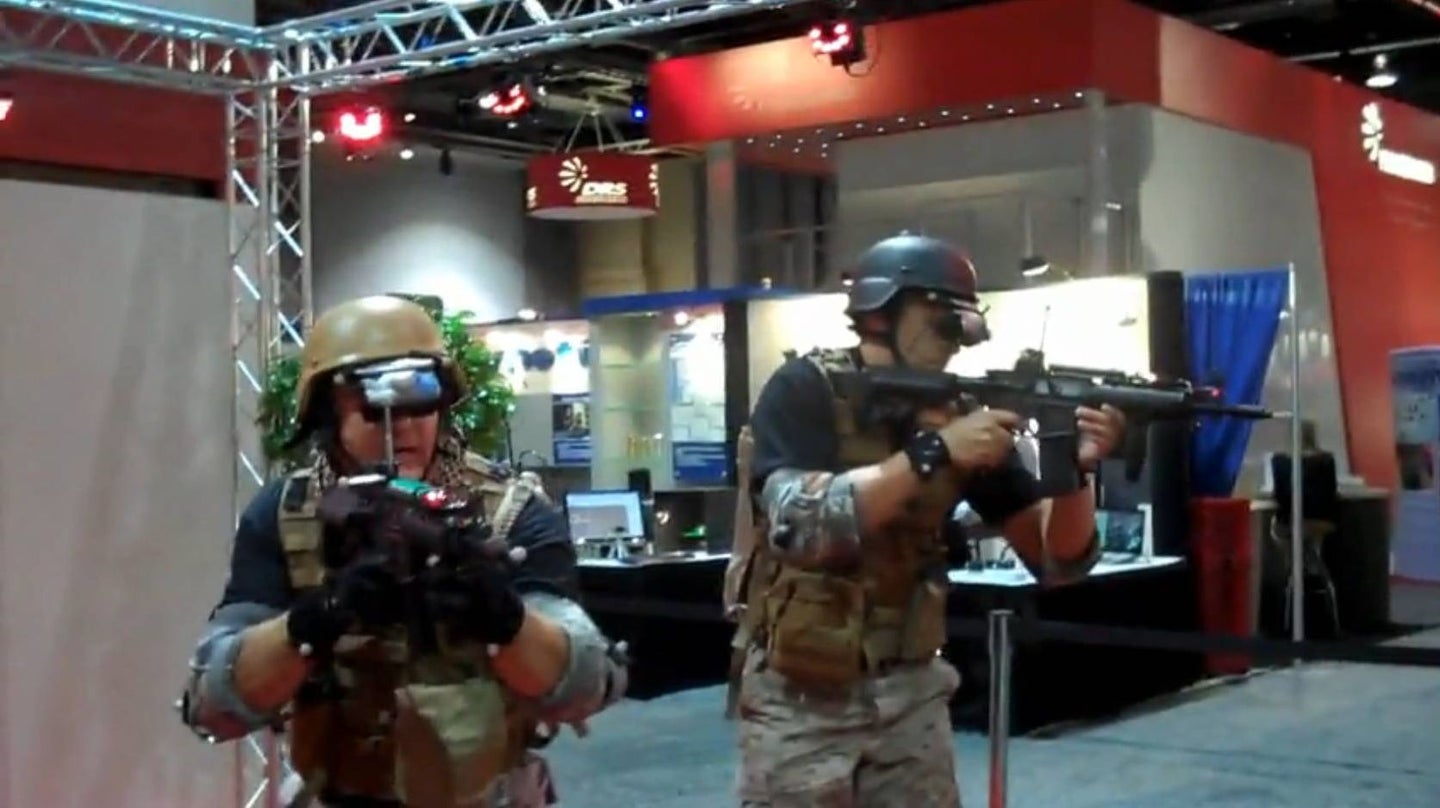 Just don't whack me with your rifle if we get into hand-to-hand. Raytheon
SHARE

First-person-shooter video games have nothing on a new combat simulator by defense giant Raytheon. Fully rigged warfighters can roam freely in the real world and engage unseen virtual enemies through their VR goggles, tossing real flash-bang grenades and even shaking off the muscle-numbing effects of getting shot.

Raytheon teamed up with an Oscar-winning 3-D simulation company called Motion Reality, Inc. to develop the combat simulator, which can train up to 12 soldiers on clearing IEDs and small unit tactics. The interactive simulation went on display at the Association of the U.S. Army (AUSA) annual conference in Washington, D.C. this week.

The simulation creators wanted soldiers to feel physically and mentally immersed in their training environment. That meant giving participants the freedom to physically crawl and run through hours of virtual training without being tethered by wires or cables.

Such immersion also contributes to providing some stressful training that can help at least mimic real combat situations. Raytheon’s simulator can even provide a jolt when participants get hit by a virtual bullet in the simulator — not enough to floor people like a TASER device, but enough to put an arm into spasms and render it temporarily useless.

“We actually give four parts of the body muscle stimulation,” says a Raytheon representative in a video taken at AUSA. “If you get shot by an artificial, you have consequences.”

Artificial enemies in the simulator supposedly respond to voice commands and seeing trainees point their rifles at them. Human trainers overseeing the virtual exercise can fly through the entire scenario, freeze the action to explain something to a squad, and even fight the trainees in a free-play session — not unlike the AI director in first person shooters such as Valve’s Left 4 Dead.

Raytheon has supposedly begun talks with the Joint Improvised Explosive Device Defeat Organization to help train warfighters on the simulator. But civilians with itchy trigger fingers will have to settle for Call of Duty: Modern Warfare 2 or America’s Army.