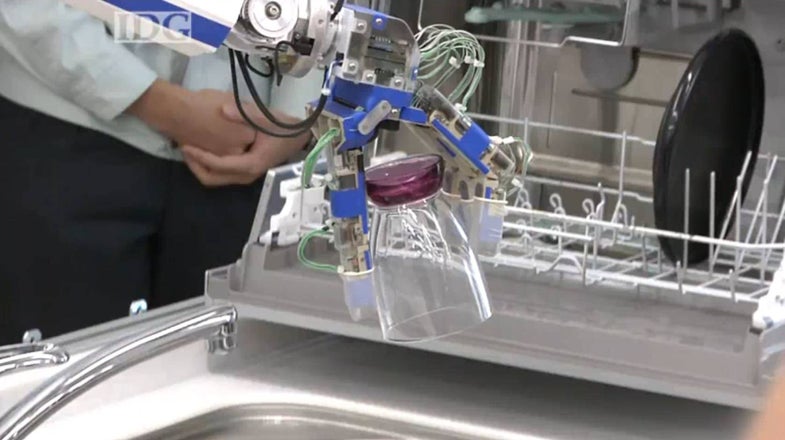 Families won’t see any more household squabbles over dishwashing duty in the future, if Panasonic’s kitchen robot has any say. The mechanical server uses a four-fingered hand to serve food from pans and fill waiting dishes, as well as empty glasses in the sink before depositing them safely in the dishwasher.

A new video shows an IDG News Service visit to Panasonic’s research lab in Osaka, Japan. There a “portabot” showed how it can pull around carts, beds or wheelchairs, and Panasonic’s bed bot also made an appearance.

Given that Panasonic seems serious about putting robots in the home as domestic helpers, we’re guessing that the dishwashing robot won’t engage in knife-fighting antics like its ramen-making brethren.