The harvest moon–which came a couple weeks late this year, on Oct. 4–has long allowed farmers to gather their crops... 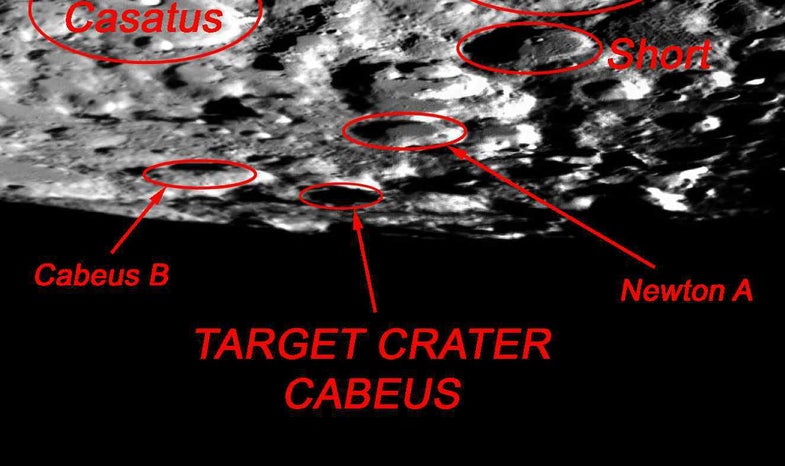 The harvest moon–which came a couple weeks late this year, on Oct. 4–has long allowed farmers to gather their crops late into the night, using moonlight as a beacon.

Someday, the moon might yield a harvest of its own, thanks to a natural supply of water. A NASA probe is set to crash into the moon this week in search of that potential bounty. Here’s how you can watch it from here on Earth.

We know there’s water on the moon, as data from three satellites in three countries confirmed last month. So as a water-finding mission, NASA’s Lunar Crater Observation and Sensing Satellite, or LCROSS, might not make too many new waves.

But for amateur astronomers, LCROSS presents an unparalleled opportunity.

Any backyard stargazer with a mid-sized telescope will be able to watch two satellites crash into the lunar surface Friday morning, a rare chance to witness firsthand humankind’s impact on the heavens.

A spent Centaur rocket is scheduled to hit the crater Cabeus, near the moon’s south pole, around 4:30 a.m. Pacific time/7:30 a.m. Eastern. The crash is expected to excavate a new crater and send up a debris plume six miles high, exposing lunar regolith to sunlight for the first time in 2 billion years.

The LCROSS probe will record the impact for live NASA TV, which will offer play-by-play and expert commentary. Then LCROSS will fly through the debris cloud, analyzing the dust for signs of water, hydrogen compounds and clays. After about four minutes, it will meet its own end on the lunar surface and throw up a second debris plume.

And telescopes across the U.S. will monitor the whole thing.

The eastern seaboard will be awash in early morning sunlight, but any location west of the Mississippi should afford prime viewing, according to NASA. 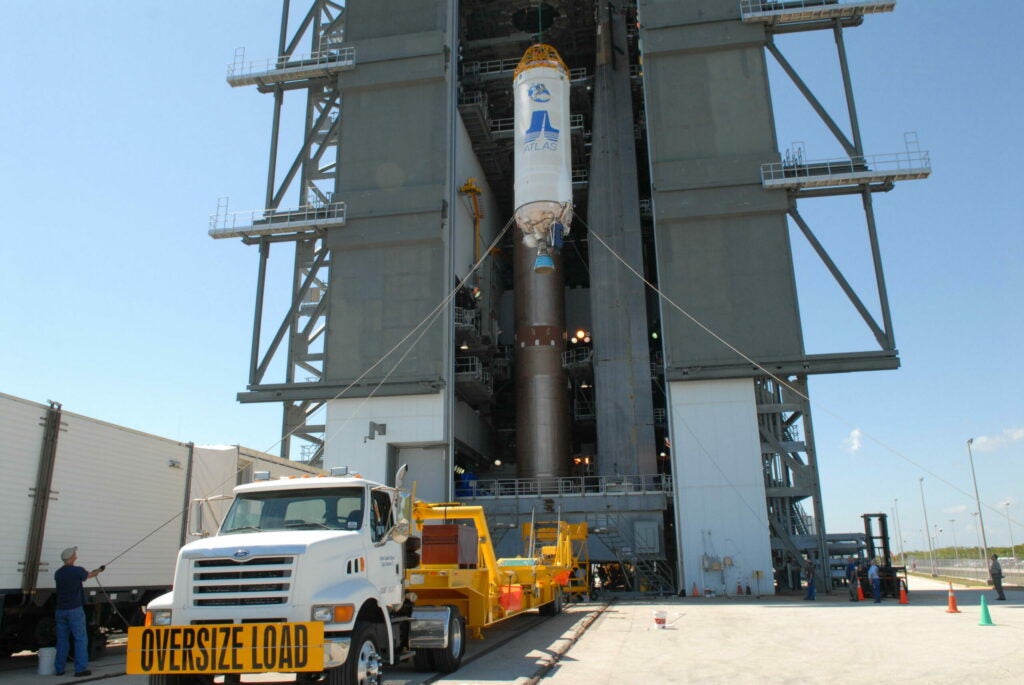 Seen here at Cape Canaveral, the Centaur rocket will crash into the moon

Amateur astrophotographers are encouraged to share their best shots on the mission’s citizen science Web site.

For those with smaller scopes, observatories and museums in many states are planning impact parties; NASA has a list here.

Brian Day, an amateur astronomer and LCROSS’ outreach officer at NASA’s Ames Research Facility, said the impacts should be visible through telescopes with 10-inch or larger mirrors. The initial explosions will probably be hidden behind crater walls, but the plumes will rise high enough above the crater’s rim to be seen from Earth,” Day said on Science@NASA, an agency blog.

LCROSS will help scientists understand how much water lies trapped in frozen, permanently shadowed lunar craters, where it could conceivably be harvested one day for use as fuel or human settlement.

Plus, who wouldn’t enjoy watching as we literally shoot the moon?