While the first 3-D television sets may start shipping as early as next year, they don’t represent true three dimensional... 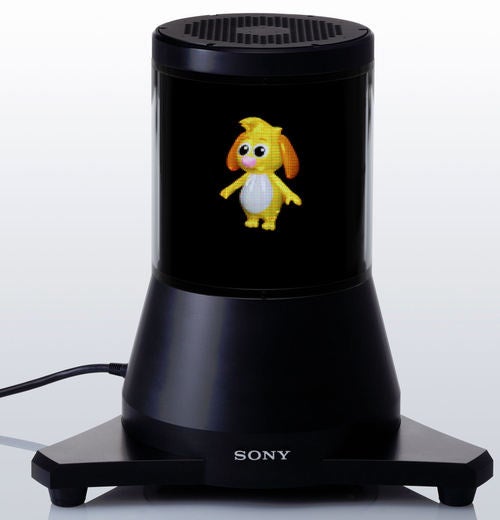 While the first 3-D television sets may start shipping as early as next year, they don’t represent true three dimensional images. The televisions require 3-D glasses to work, and only present an image when viewed head on.

And while that may look cool now, Sony has already taken the next step. With a prototype displayed in Tokyo, Sony has shown off the first ever truly 3-D display with an image that can be viewed at any angle, almost like a digital sculpture.

The display is only 10.6 inches tall and 5.1 inches in diameter with a 95 x 128 pixel resolution, so it hardly competes with a modern flat screen in the awesome image department.

However, the narrator on the video claims that the image looks better than one might expect at that resolution, even if it is a bit tiny. Still, this device is just a proof of concept, and a prelude to larger, sharper 3-D displays.