If you’re like me, the lack of computing power in your T-shirt causes constant problems. Well, thanks to the guys... 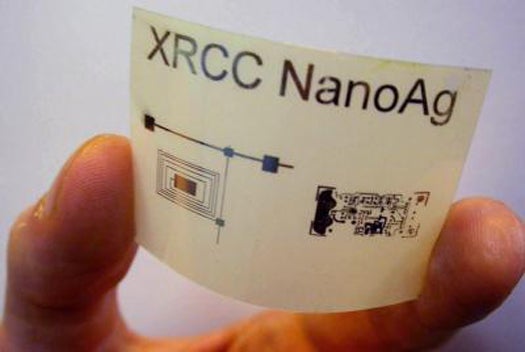 If you’re like me, the lack of computing power in your T-shirt causes constant problems. Well, thanks to the guys over at Xerox, you’ll never have to worry about a jacket that can’t run Windows 7 ever again. The company has just announced a new process for creating an ink that doubles as a circuit, paving the way for ubiquitous computing through printable electronics.

To create the circuits, Xerox uses an ink containing signal-conducting silver. Previous attempts at using liquid silver to print circuits failed because the ink required high heat to keep the metal liquid. That heat melted weaker substrates like plastic, and made the ink incompatible with existing technology. This new ink, however, can print circuits at room temperature from currently available inkjet printers.

Xerox is already making the ink available to third-party developers, and it will be widely available once they begin making the ink in bulk. The near-term uses focus on printing RFID tags and smart paper, but since the ink can print onto nearly any surface, the applications are nearly limitless. A 150 GB necktie, anyone?