Ares I-X roared off its launch pad at 11:30 EST at Cape Canaveral. This marks success for NASA’s second launch... 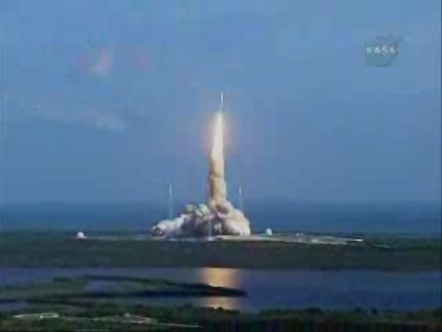 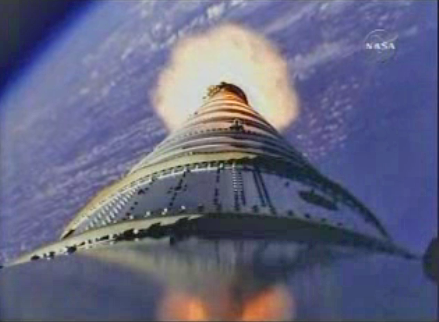 Ares I-X roared off its launch pad at 11:30 EST at Cape Canaveral. This marks success for NASA’s second launch attempt to get the Ares I-X rocket off the ground after weather delayed the launch on Tuesday.

“This was our first launch, and all we were waiting on was weather,” said a NASA official addressing launch control. “That means you all did frickin’ fantastic.”

The rocket made a 90 degree roll as part of its testing maneuvers to verify the flight control and dynamics, as it flew on a path due east over the Atlantic. The upper stage eventually separated and fell into the ocean as planned, and the lower stage deployed parachutes for eventual recovery. 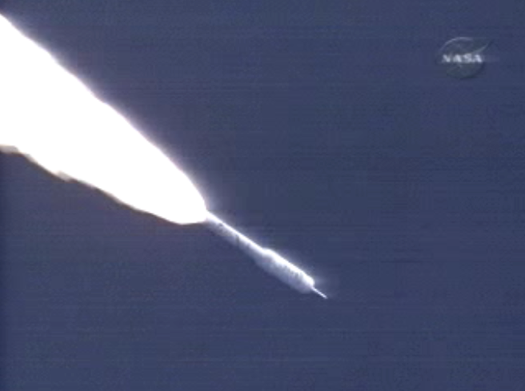 Update 9:58 EST: NASA now aims for launch around 11 EST. Surveillance aircraft report that weather should be “acceptable” at that time, and NASA pegs the chance of weather interference at just 20 percent.

Update 10:43 EST: Engineering teams are all reporting a “go” for launch, and the launch director reports no constraints to launch. Countdown is set to pick up at 10:56 EST.

Update 10:58 EST: Weather has reared its ugly head again to make it “no go” for now. But NASA has reset for a tentative launch at 11:08 EST.

Update 11:15 EST: New countdown scheduled for 11:26 EST, with launch at 11:30 EST. NASA is looking for a 5-6 minute window, but the surveillance aircraft reports that the weather conditions are changing too rapidly right now.

Update 11:21 EST: Ares has been cleared for launch, and all system checks are “green.”