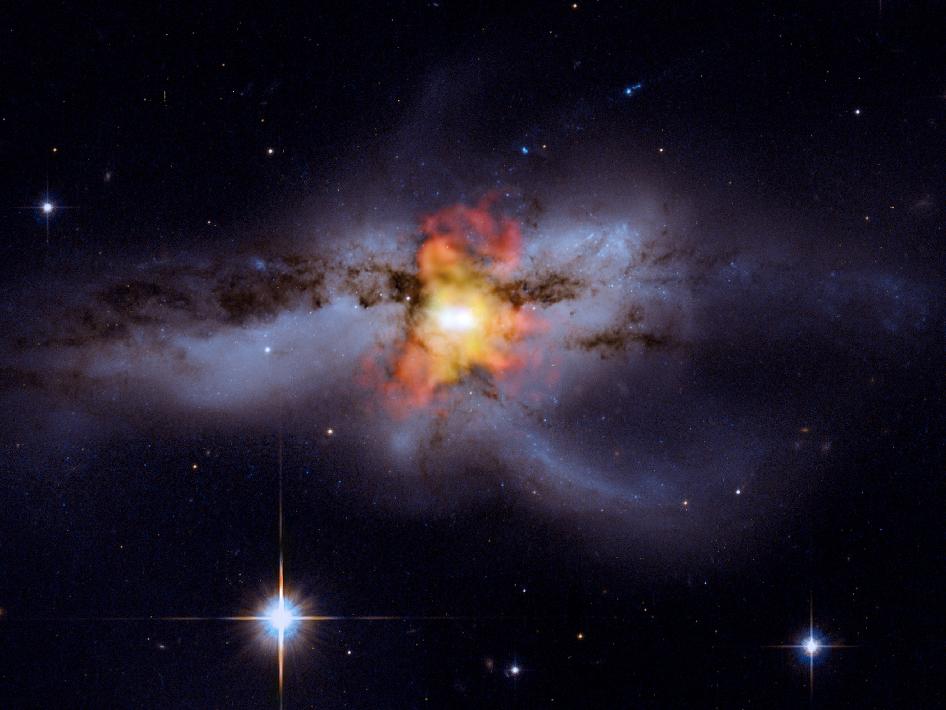 Colliding black holes may prove more interesting to scientists than the immovable object versus the unstoppable force. New data from NASA’s Chandra X-ray Observatory has combined with optical images from Hubble to show off a merging black hole pair in all its glory.

Chandra findings first led astrophysicists to pinpoint the two black holes in 2002. The black holes sit just 3,000 light years apart from one another in the NGC 6240 system, after a 30-million year cosmic dance that has brought them spiraling in closer to one another. They should ultimately merge into a super-massive black hole some tens or hundreds of millions of years from now.

Such interest in gigantic mergers might explain why researchers have simulated black hole threesomes in the past. Not that there’s anything wrong with it.