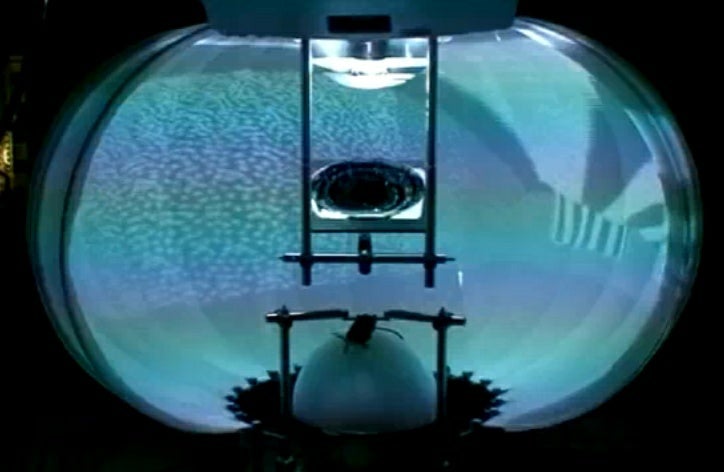 In this video, a mouse runs through a virtual maze derived from a Quake 2 level, by steering a trackball suspended on a jet of air. Obviously the Princeton scientists did this because it’s awesome, but the ostensible reason is because it gives them unprecedented access to study the neurological activity of the rodent while it moves around.

Neuroscientist David Tank was able to study the individual neurons in the hippocampus that control motion; a scientific feat that hasn’t previously been achieved. The neurons of mice scurrying through a real maze jostle around too much, so this system, where the maze moves and the mouse is stationary (held in place by a little collar) is a triumph.

I think I’ve played against this mouse.