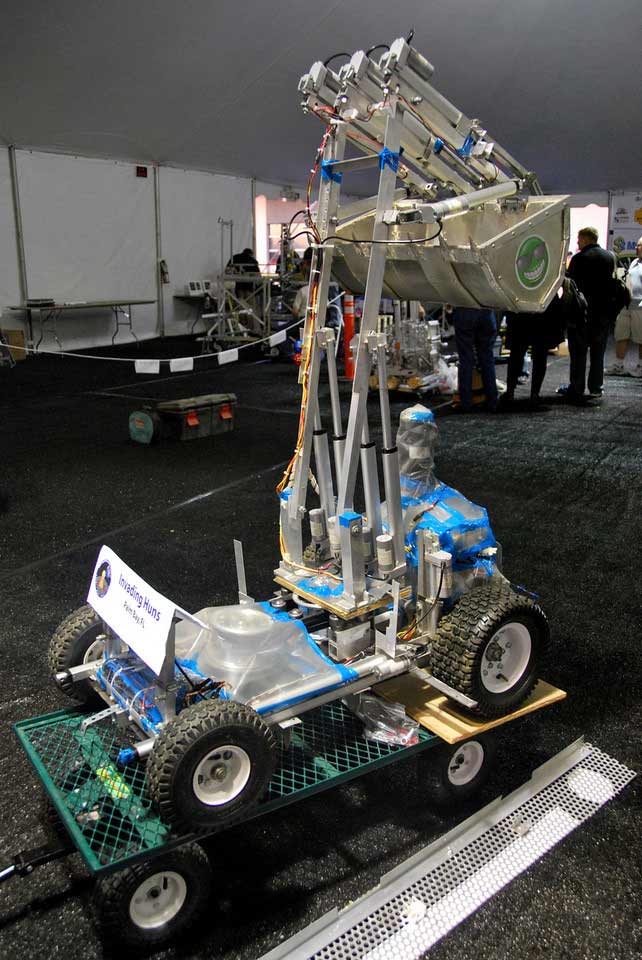 Robots have finally risen to meet NASA’s moon dirt digging competition after three years of failure. Three robotics teams took away a total of $750,000 in prize money by proving they could dig at least 330 pounds of simulated lunar regolith within half an hour.

The first place robot alone excavated 1,103 pounds of dirt and deposited it in a container within the time limit. Competitors not only had to dig out the sticky regolith grains, but also had to be light enough to meet a weight restriction of no more than 176 pounds.

Timed trials took place this past Sunday at NASA’s Ames Research Center in California. The U.S. space agency has previously tested other robots and lunar digging equipment in Hawaii.

The robotic runoff came as part of NASA’s “Centennial Challenges,” which have previously included extreme competitions to build space elevators.