Add one more thing to the list of mysteries, theories, and unsubstantiated ideas that will be confirmed/denied/debunked if CERN ever... 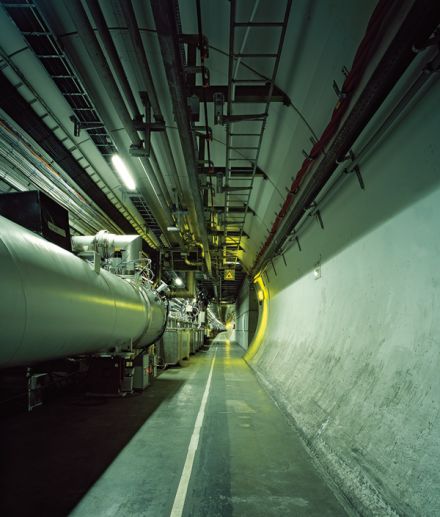 Located between 160 and 500 feet underground, a 16.57-mile-long chain of magnets guides the proton beams to the four experiment stations. The tunnel was originally dug for an older accelerator called the LEP, which was dismantled by 2001 to make room for the more powerful LHC.
SHARE 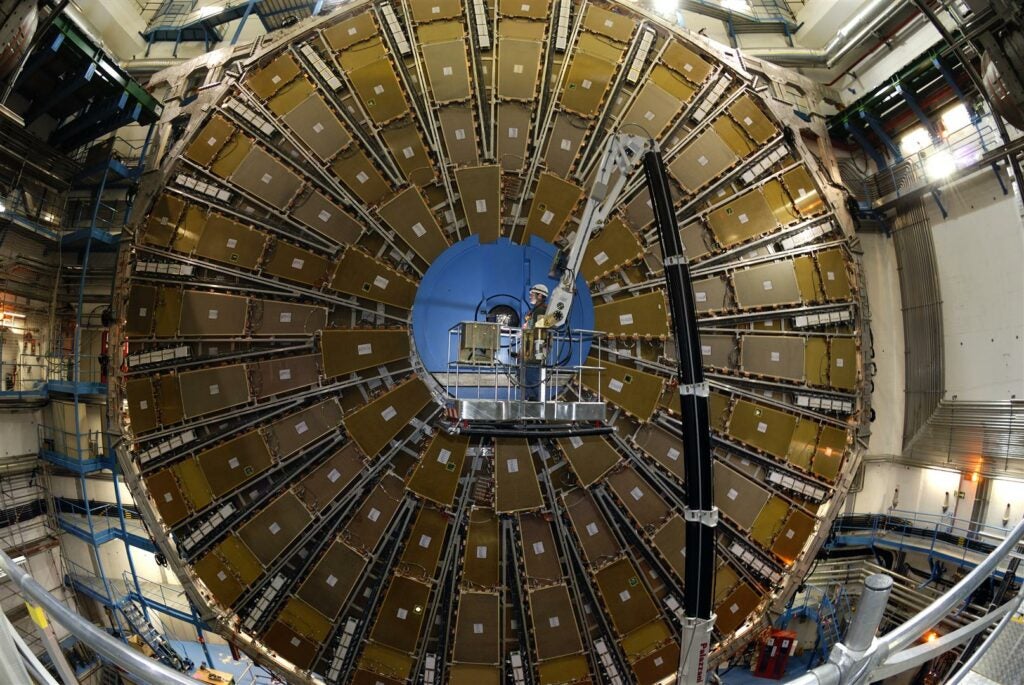 Add one more thing to the list of mysteries, theories, and unsubstantiated ideas that will be confirmed/denied/debunked if CERN ever gets the Large Hadron Collider up and running: hyperdrive spacecraft propulsion.

In 1924, German mathematician David Hilbert published a paper noting a pretty amazing side effect to Einstein’s relativity: a relativistic particle moving faster than about half the speed of light should be repelled by a stationary mass (or at least it would appear to be repelled, to an inertial observer watching from afar).

This extraordinary force was more or less forgotten over the decades, but Franklin Felber, a U.S.-based physicist, has resurrected it and flipped the idea around, theorizing that the relativistic particle should also repel the stationary mass. That repellant force is no mere nudge either; Felber predicts the particle could launch the stationary mass to an even greater speed than that of the particle. Moreover, he thinks as long as we’re launching stationary masses to more than half the speed of light, they may as well be spacecraft.

The idea behind Felber’s “hypervelocity propulsion” is grounded in the notion that the relativistic particle can provide a specific impulse even greater than its own motion through space. Felber also believes these otherworldly velocities could be reached without putting severe stresses on a spacecraft or those inside because the spacecraft follows a geodetic trajectory, meaning tidal forces are the only forces causing stress on the craft.

Though it’s far from reality, Felber wants to prove his theory in the freezing underground tunnels of the Large Hadron Collider, which has the capacity to accelerate particles to the high-energy velocities that could generate this repulsive response (when it’s not broken, that is). A resonant test mass next to the beam path could test for the repellant force without disturbing the particle beam experiments.

If Felber is correct, deep space travel could become an order of magnitude closer to reality. It’s not exactly hyperspace, a la the Millennium Falcon, but it’s a start.