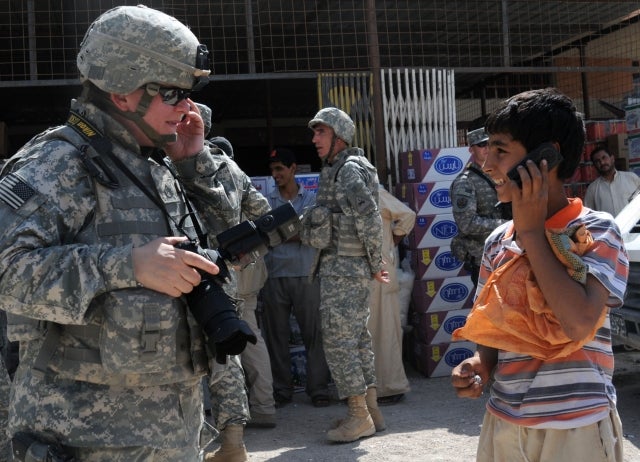 Google’s Android operating system for cell phones could allow soldiers to track fellow squad members and even unmanned drones in real time on a map — as long as the humans and robots are on their buddy list.

That’s just one use of an Android-based application developed by defense giant Raytheon. The Raytheon Android Tactical System (RATS) costs just a few hundred dollars per user, as opposed to thousands for other systems, and allows anyone familiar with a smart phone to immediately start using it.

For instance, warfighters can watch their little drone buddy’s flight patterns on a map, or even get streaming video from the overhead aerial view. RATS also enables soldiers to send snapshots of suspects to the Department of Defense’s private data network for immediate identification, and could even include biometric scanners to capture fingerprints in the near future.

Raytheon plans to deploy RATS within the next month or so, after two years of development, according to Forbes. We’re looking forward to the future editions where users can control their robot swarms using basic body language.