In preparation for its October 27th test flight, the Ares I rocket has successfully made its way to the launch... 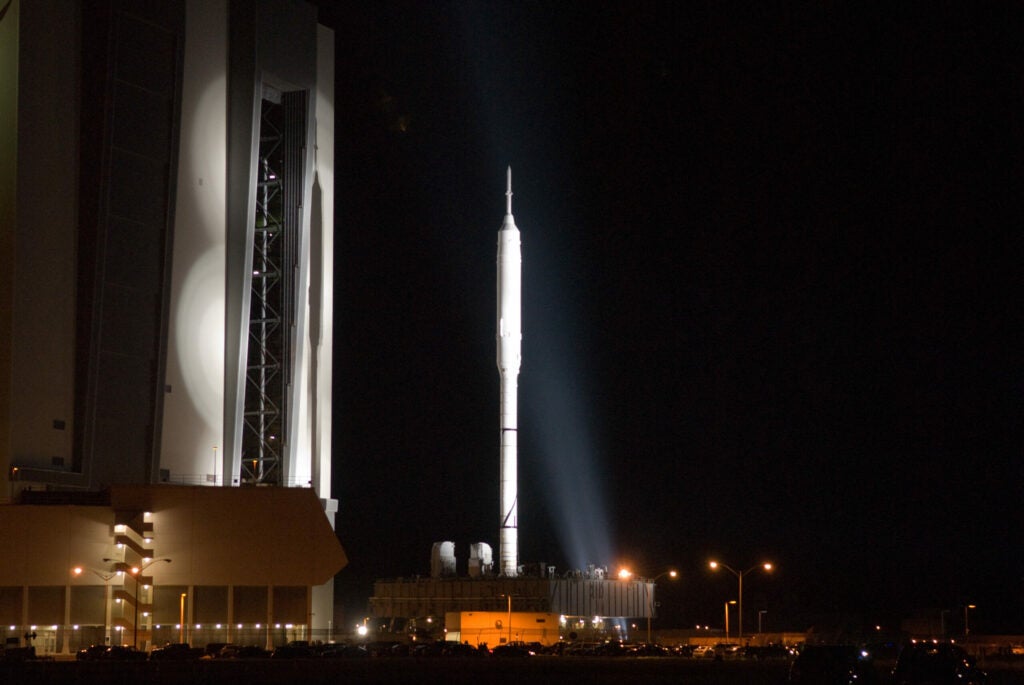 In preparation for its October 27th test flight, the Ares I rocket has successfully made its way to the launch site at Florida’s Kennedy Space Center. Situated on launch pad 39B, the Ares I represents the first step towards NASA’s new, post-shuttle era.

This is the first new rocket design to blast off from that launch pad in almost 25 years. The rocket arrived at the launch pad at 9:17 AM yesterday, after a six-hour slow roll from its hanger. It took another 15 and a quarter hours to get the rocket fully situated.

The test comes on the heels of last month’s successful test-firing of the rocket’s first stage. Originally, NASA planned to launch the rocket on Halloween, but moved the date up to the 27th. If the weather holds and all goes as planned, the next phase in NASA’s exploration of space will lift off around 8 AM next Tuesday.