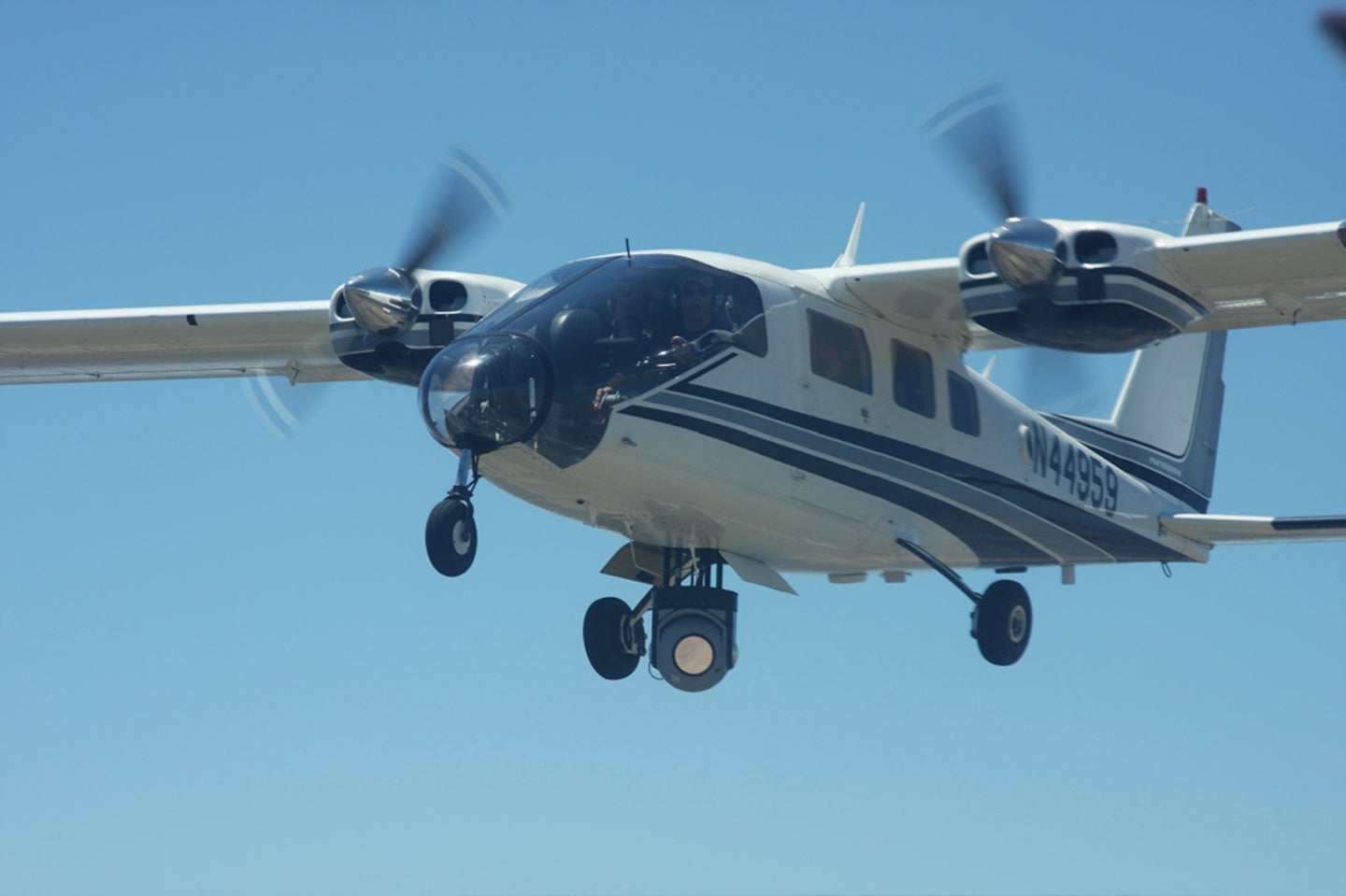 Manned Air Force jets and drones could soon send high quality video and audio by using ultra-high bandwidth lasers, transmitting critical battlefield data faster than ever. The Air Force Office of Scientific Research has conducted experiments that transmit data without interference across almost 22 miles, both in the air and on the ground.

Transmitting data through laser optics has typically suffered from atmospheric turbulence or temperature distortions. But the Air Force researchers used adaptive optics — a process similar to how powerful telescopes compensate for atmospheric distortions to create sharp images of distant stars.

The Register notes that a laser beam could carry encrypted information in the same way that fiber optics carry such data. Sensitive data is converted to individual photon packets of light, so that any attempts to intercept the transmission would change the data and alert communications personnel.

“If we can now put one link on the ground and one on a demo aircraft, it wouldn’t take much to apply the technology to operational aircraft for the Air Force,” said David Hughes of the Air Force Research Laboratory in New York.

For now, Hughes and his team have teamed up with AOptix Technologies to conduct more flight tests and demonstrate this capability over greater distances. That could pay off with an even more interconnected battlefield that allows drones to send back intelligence data at higher speeds.

In any case, it’s also a nice Air Force demonstration of lasers beyond burning things.