The hypersonic weapon detached from a B-52 bomber. Three previous tests had failed. 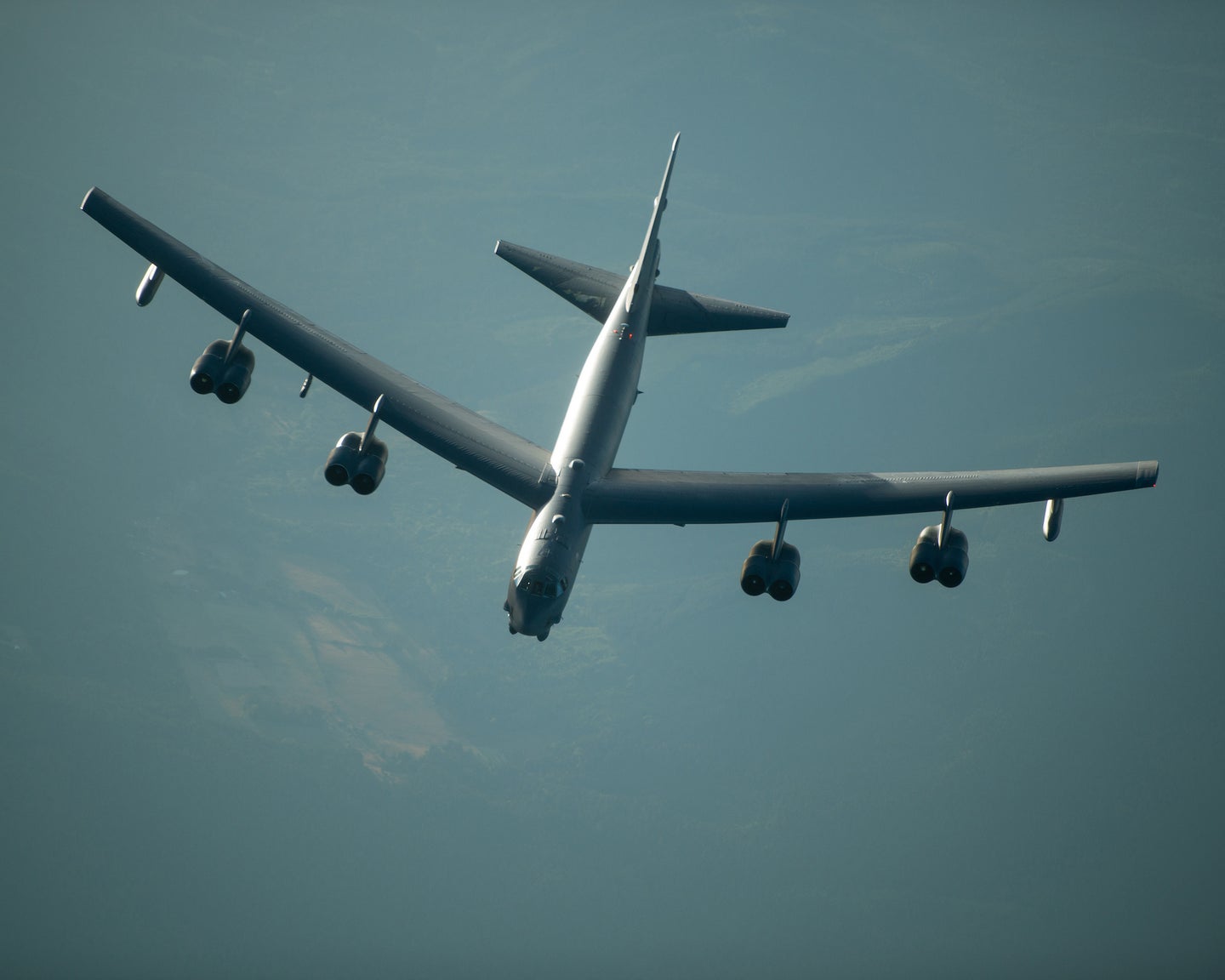 A B-52 bomber in 2017 taking part in a refueling exercise. In a 2022 hypersonic test, the weapon was released from a B-52. US Air Force / Louis Briscese
SHARE

On May 14, above the sea off the coast of California, one of the Air Force’s oldest bombers tested one of its newest weapons. Carried by a venerable B-25H Stratofortress, the projectile the military released and successfully tested is officially called an AGM-183A Air-launched Rapid Response Weapon (ARRW). After release, the ARRW blasted forward, reaching five times greater than the speed of sound, making it hypersonic.

“The team’s tenacity, expertise, and commitment were key in overcoming the past year’s challenges to get us to the recent success,” Heath Collins, the Air Force Program Executive Officer for Weapons, said in a release.

That tenacity likely refers to the previous failures of the ARRW in testing. In April 2021, an ARRW failed to leave the wing of the bomber carrying it. During a July 2021 test, the ARRW’s rocket engine failed to start after it was released from a B-52. In December 2021, an ARRW test was aborted with the missile still on the wing. This most recent successful test means the fourth time was the charm.

After this string of failed tests, the Air Force is celebrating that its hypersonic missile met the minimum requirements for a hypersonic missile: It was released from the plane carrying it, the engine started when it was supposed to, and it reached Mach 5.

[Related: The US flew its most iconic Cold War bomber over Europe]

The missile is distinct from other hypersonic weapons, most notably the Hypersonic Air-breathing Weapon Concept (HAWC) tested by DARPA in 2021 and again in March. HAWC is a concept for a future weapon platform, making the project somewhat lower stakes because its promise is more firmly anchored in the future. But the ARRW has been envisioned as a weapon that could move straight from prototype to service and production once it has proven capable, giving the US an operational weapon.

The ARRW just needs to prove it is reliable, first.

By design, the ARRW system includes a booster rocket that reaches hypersonic speed, at which point the booster separates from the hypersonic glide vehicle, which would be the actual weapon. The ARRW’s test plan calls for this booster and glide vehicle separation to take place in testing, but, as noted by our colleagues at The War Zone, “It’s unclear if this flight test included the vehicle separation aspect.”

Lockheed Martin, the lead contract for the ARRW, emphasized in a release the safe separation of the test system from the bomber in flight, while not addressing if the glide vehicle had separated from the booster in the test.

Lockheed Martin instead noted that “[T]he successful flight demonstrates the weapon’s ability to reach and withstand operational hypersonic speeds, collect crucial data for use in further flight tests, and validate safe separation from the aircraft to deliver the glide body and warhead to designated targets from significant standoff distances.”

That data should prove useful for future tests, as should finally having a successful release of the ARRW and ignition of its booster in flight.

“Significant standoff distances” means that the bomber carrying the missile can use it to hit targets far beyond the reach of any anti-air defenses. This is part of the role of the B-52 in tests. Not only is the plane a general workhorse of a bomber, it is an old machine, designed and first flown in an era with only limited anti-air missiles. In the 70 years since the first prototype B-52 took its first flight, anti-air weapons have improved immensely, making the kind of bombing Stratofortresses were designed for at best anachronistic, unless fighting against poorly supplied and equipped foes.

Putting a long-range missile on a B-52 allows the bomber to still attack enemies far away. Making that missile hypersonic decreases the flight time between the launch of an attack and lethal impact, and also makes the work of any interception and missile defense that much more difficult.

Should the ARRW continue to have success in tests, the missile will give the United States a weapon that its oldest bombers can use to destroy fortified and armored positions and buildings from a great distance.

Weapons, especially ones as long-range and high-powered as hypersonics, can have geopolitical effects just by being tested. As indicated by the delay in announcing DARPA’s successful March hypersonic test until May, these weapons exist in the shadow of existing nuclear arsenals, and might change the nuclear launch calculus of leaders afraid they might no longer have a deterrent against hypersonic assassination.