The latest episode of the Techathlon podcast takes on Google's flagship phone. 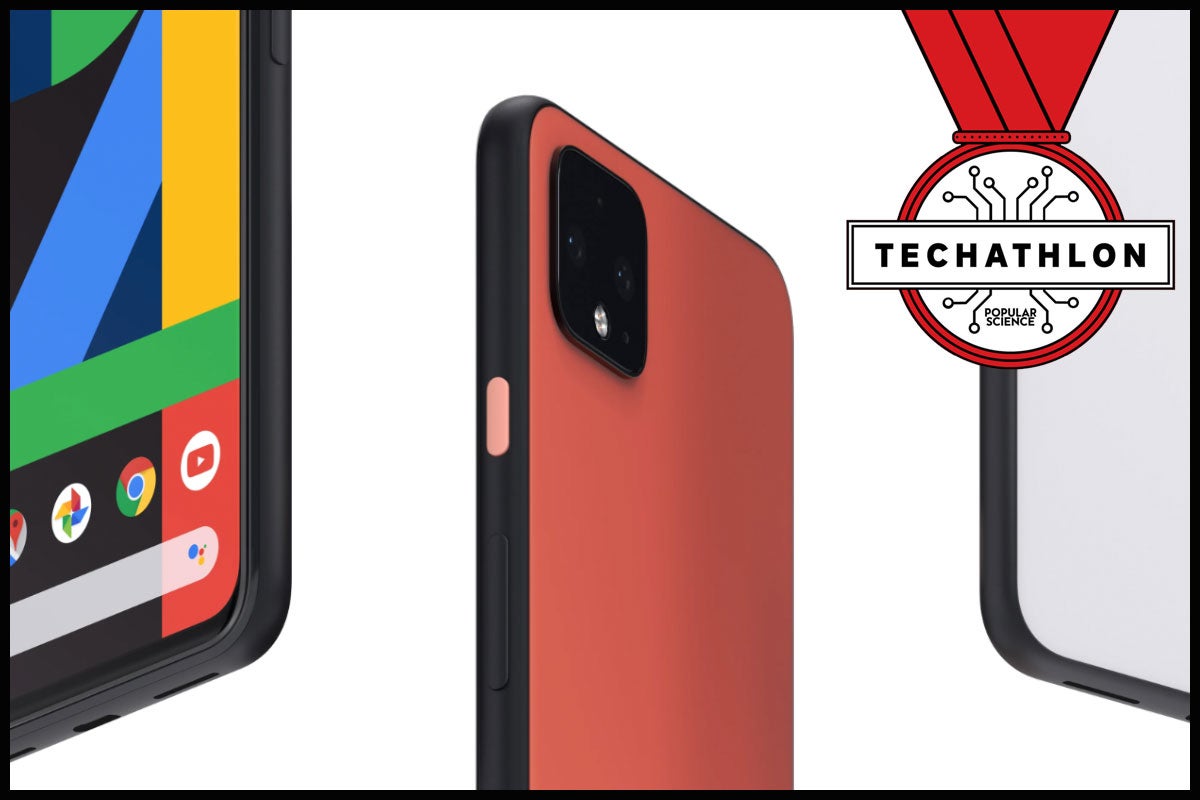 Last week, Google announced the latest version of its Pixel smartphone. It includes fancy new features like a telephoto camera lens backed up by improved AI, a built-in radar sensor for gesture controls, and a 90 Hz screen for super smooth scrolling. As with any high-profile phone, the internet is flooded with reviews and we’ll have an in-depth review of the camera coming soon. But, for now, we decided to leave the reviewing duties to our iPhones.

On this week’s episode of Techathlon, we’re starting with prompts like “The Google Pixel 4’s camera is…” and then letting the iMessage autofill write the rest of the phrase. Sure, the results don’t offer many real mind-blowing insights into the usability or experience of using the phone, but they’re good for a laugh and sometimes reveal things about our hosts that they may not have even known about themselves.

Does the iPhone harbor any secret ill will toward the Pixel 4? Will AI autocomplete text eventually make reviewers obsolete? Should our hosts stop texting about their emotional baggage that influences the iPhone autocomplete feature? Listen and find out.

You can listen in the player embedded above, subscribe on Apple Podcasts, add Techathlon on Stitcher, follow along on Anchor, or check it out on Spotify.

Here’s a look at the rest of this week’s show.

Competition has been tight in the past few weeks, and this episode is no different. We cover Google’s new announcements as well as the the digital apocalypse that affected the Fortnite universe. Who will win the close race this week?

It. Is. Time. From Snow White and the Seven Dwarfs to The Mandalorian, check out basically everything coming to #DisneyPlus in the U.S. on November 12.

Disney Plus (sigh) or minus?

Last week, Disney tweeted pretty much every title that would be streaming on its upcoming subscription service when it launches in November. It’s a massive list full of cinematic and TV heavy hitters from the Marvel, Pixar, and Star Wars universes. Some of the content on there, however, is so ridiculous and obscure that it hardly seems real. In this game, the contestants try to guess which content is real and which is made up. It’s harder than it sounds and, hopefully, it will land me a job coming up with wacky Disney movies for big bucks.