Come play the podcast that's so much fun, you'll forget you're learning. 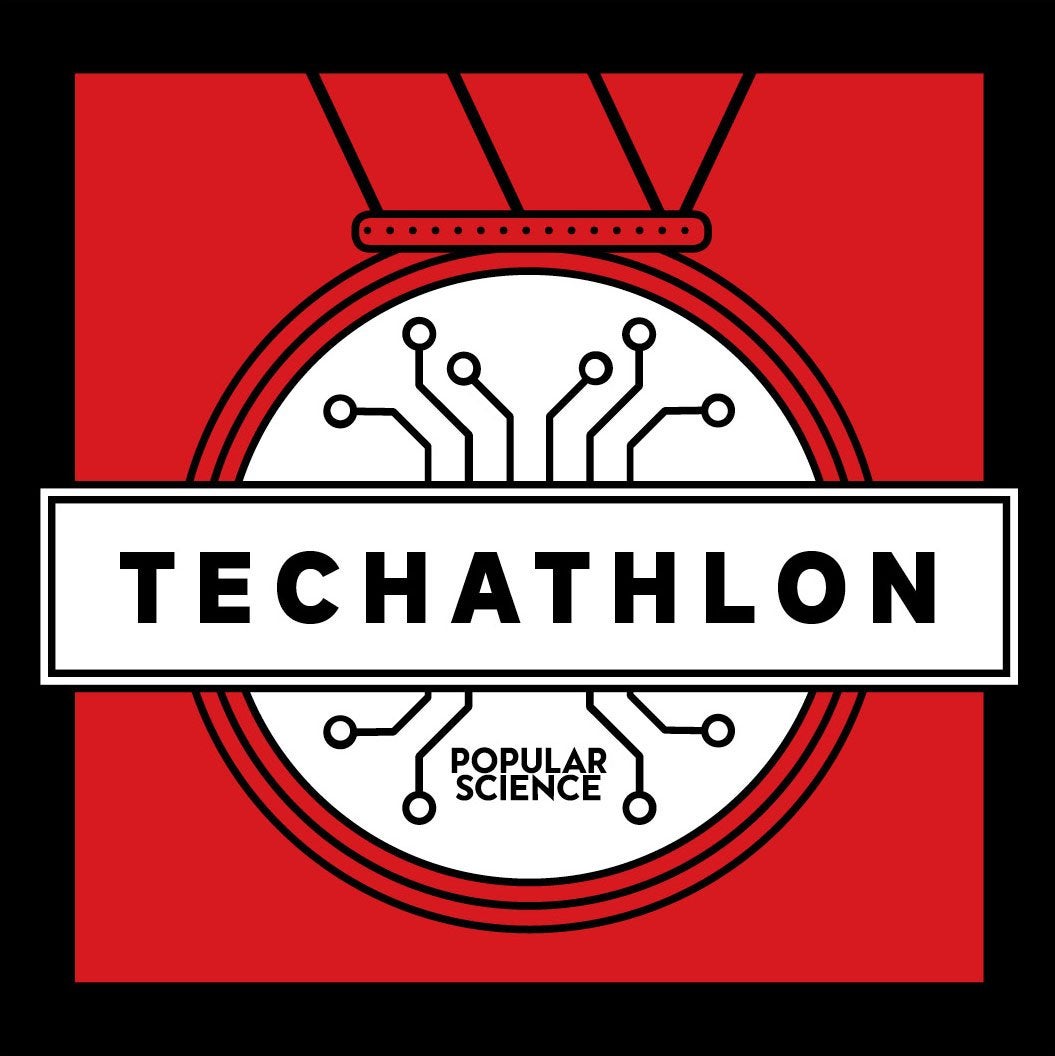 We have officially entered the worst part of winter. We’ve watched everything on Netflix, spent a king’s ransom on Seamless delivery, and the reckoning of bathing suit season looms large. But, you don’t have to hit spring totally out of shape. The latest episode of Techathlon is here to help sculpt the grey matter of your brain into The Mountain from Game of Thrones.

Here’s a quick peek at what you can expect from this week’s episode:

As always, we take a look back at some of the most interesting technology stories from the previous week. This episode we’ll fill you in on:

A bunch of new phones debuted at Mobile World Congress last week and we want to be first to review them. Unfortunately, many of them won’t arrive for some time, so we’re improvising. Rather than writing the reviews ourselves, we’re letting the auto-suggest feature in iMessage craft insightful “reviews” that definitely don’t devolve into hilarious nonsense.

Adobe Analytics recently announced some new data about the ways in which people use voice assistants. Do you know what percentage of people keep a smart speaker in their bathroom? You will.

A Kickstarter hoping to remove the cheesy rat scene from the end of The Departed died at the hands of the Digital Millennium Copyright Act last week, but there are still lots of wacky movie Kickstarters out there. Can you tell which of these crowd-funded movie projects were real and which came from the mind of our host?

As always, you can listen in the player above, subscribe via iTunes, check us out on Anchor, add us on Stitcher, and check out the show pretty much anywhere you get your podcasts. If you have fun or learn anything from the show, be sure to rate and review because stars and positive feedback on the internet are the only thing that validate us as human beings and determine our societal worth here in 2019.