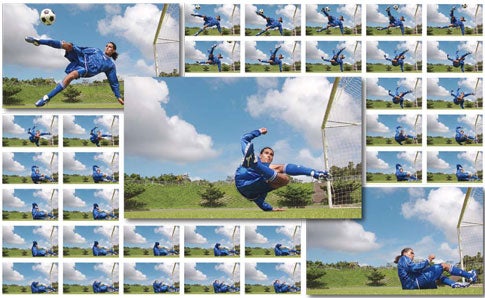 A few years ago, most digital cameras took a second or more to snap a single picture. In the same amount of time, Casio’s new Exilim EX-F1 takes 60 six-megapixel photos or up to 1,200 frames of video-stretching that single tick into a 40-second movie. At that rate, you could pick out the feathers on a hummingbird’s wings. It wallops even the fastest professional still camera, which takes 11 photos per second, and rivals industrial-grade, high-speed video rigs that cost tens of thousands of dollars.

Here’s how Casio rewired the digital camera so that every backyard can become the setting for a nature documentary and every touch football game can get the NFL instant-replay treatment. 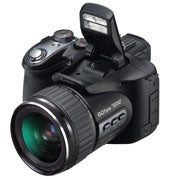 How Casio Speeds Up Digital Photography

**Processing
**
The main image processor uses the smallest circuits possible in a camera chip to minimize the distance data has to travel and to maximize speed. The processor runs so fast that its heat would scramble the data on the sensor if the two were wedged together inside a pocket-sized camera.

**Storage
**
A memory card can’t record photos as fast as the EX-F1 snaps them, so Casio installed high-speed dynamic memory-similar to the RAM in a computer-to store images temporarily. Because video is taken at a far lower resolution, it can go straight to the card.

Check out the Exilim EX-F1 in action, here.