Reinventing time for the well-heeled motorhead.

Tag Heuer has always ruled the racetrack–from its Carrera chronograph in the 1960s to last year’s SLR, designed to resemble the Mercedes-Benz supercar of the same name. But never before has the Swiss watchmaker gone so far as with the Monaco V4, which reaches under the hood to take inspiration–both aesthetic and technological–from the internal combustion engine. Unveiled as a prototype this past April in Basel and not yet scheduled for release, the V4 is the first wristwatch ever to run on drive belts.

Automatic watches ordinarily use dozens of gears to power movement, but belts are more efficient because they cut out the friction inherent in a chain of cogs.

The V4, which took 20 months to develop, uses 13 half-millimeter-wide synthetic belts. They drive metal wheels that rotate on low-friction microball races rather than the synthetic ruby pivots known as jewels. The movement is powered by a platinum ingot that shuttles back and forth to turn a cog as you move your wrist. The drive belts transfer that torque to four spring-loaded barrels, which run a balance wheel (more belts) that ticks off the hours, minutes and seconds indicated by the watch’s hands.

While none of these changes are exactly necessary, the V4 falls into a long and illustrious line of watchmaking innovation, otherwise known as showing off. Critics point out that a weight limited to moving along one axis can capture only a fraction of the energy that one free to pivot 360 degrees can. What they’re ignoring is the watch’s aesthetic–and the audacity of its design. The V4 won’t set watchmaking on its head in the way ultra-accurate, low-cost quartz movements did in the early 1970s, but it may be the biggest innovation since then. Either way, it’ll cost you between $6,000 and $12,000. 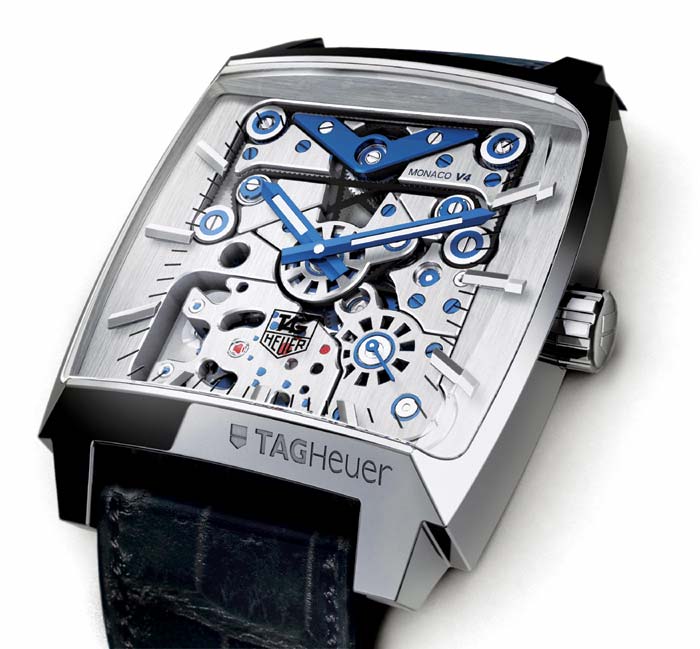 The first watch to use drive belts to power movement. 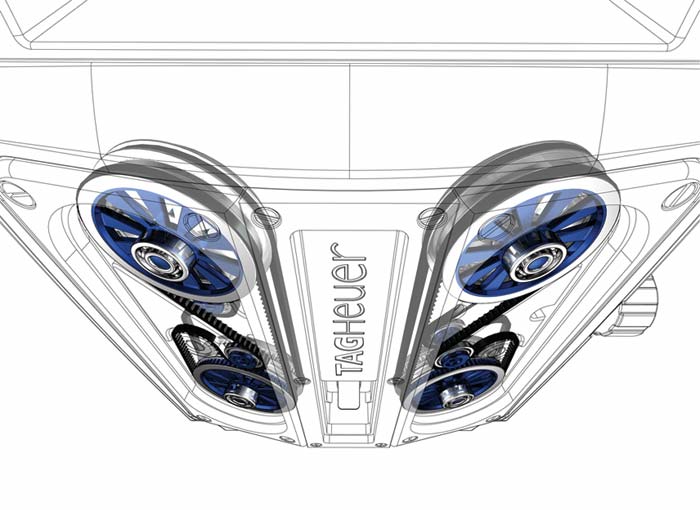 Four synchronized barrels, each containing a metal spring, store enough energy to run the V4 for 50 hours even when you’re not wearing it. The barrels turn the movement using 13 0.5mm-wide belts tightened with minuscule turnbuckles to a tension far beyond what jeweled pinions could sustain.