What would E.B. White say? 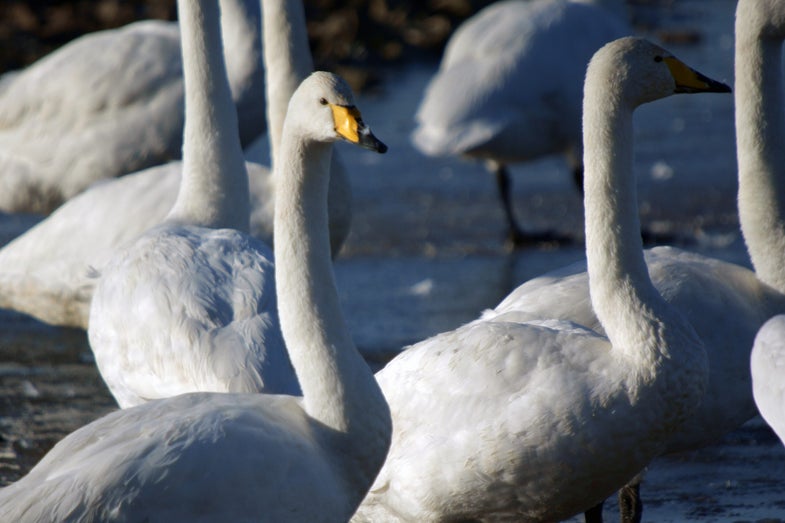 They are also excellent at flying and keeping a level head as they bob through the air— literally. Scientists at Stanford recently authored a study showing that Whooper Swans manage to keep their heads steady during flight, even as they power their enormous wings through the air. With an eight-foot wingspan, that’s no easy feat.

The trick is in the swan’s long, graceful neck. Beneath the slender appearance lies 200 muscles and 20 vertebrae, according to Stanford via Futurity (for comparison, humans have about 33 vertebrae in our entire bodies).

As the swan flies, its body moves up and down with the beating wings, but the impressive musculoskeletal structure of the neck adjusts automatically, keeping the swan’s head completely steady. The result is a suspension system for the swan, making an otherwise bumpy ride smooth.

In addition to just being an interesting way of looking at the world, the discovery has implications for other denizens of the skies: drones. The researchers have already started working on a robotic version of the swan’s neck that could allow future drones to have stable camera footage, with the camera suspended at the end of the mechanism, just like a swan’s head.