This Could Be The Most Epic Surfing Season Of All Time 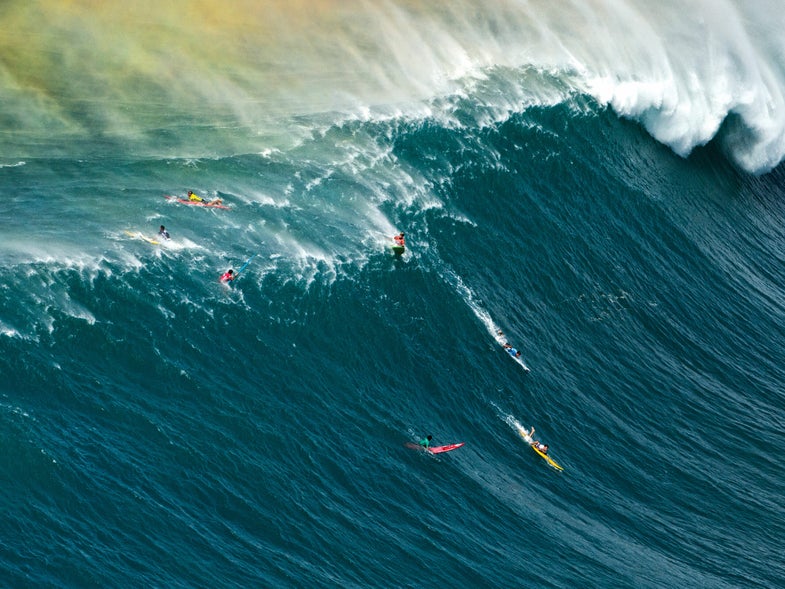 Every few years, El Niño—the weather phenomenon caused by unusually high surface temperatures in the Pacific Ocean—deals us some wild cards. Some are devastating, in the form of floods and droughts. Others are godsends, in the form of much-needed rain or this year’s gargantuan waves that gave surfers the ride of their lives. This past winter’s El Niño was one of the three strongest on record, creating waves with magnitudes not seen in nearly two decades.

The breaks that pro surfers paddled into during the Eddie Aikau Big Wave Invitational (pictured above) in late February ranged from 40 to 60 feet, but the largest wave of 2016 was Aaron Gold’s 60-plus-foot wave at Jaws, which is off Maui’s North Shore.

The monster swells, according to Mark Willis, chief meteorologist of the website Surfline, are the result of an extended southward Pacific jet stream—strong upper-level winds lift warm evaporation into the atmosphere and begin to turbulently churn that moisture. This action creates more intense and frequent storms that, when combined with offshore winds that help waves grow larger and break cleanly, lead to some once-in-a-lifetime surfing sets.