Supermassive Black Holes Are More Common Than We Thought

Warning: objects in telescope may be closer that they appear 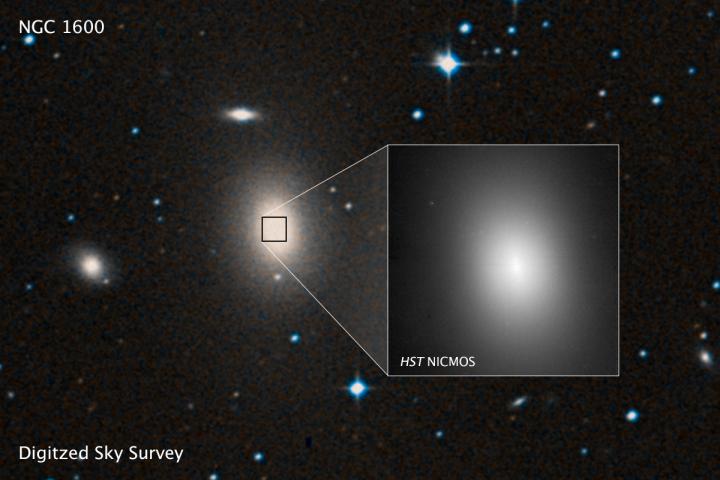 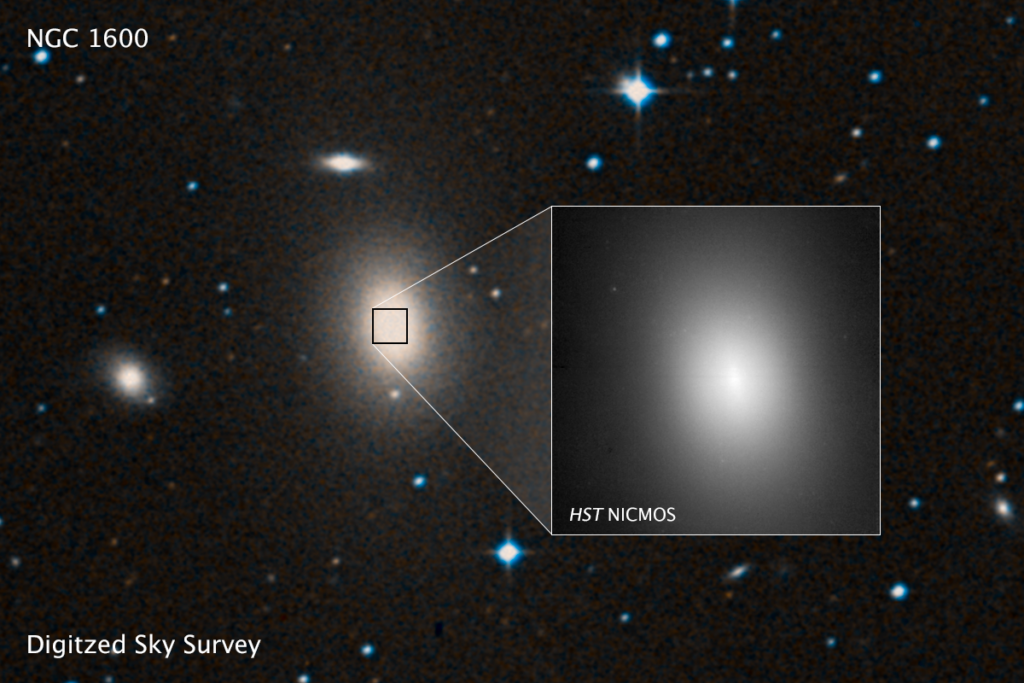 Galaxy NGC 1600 with a close up of its center, believed to hold a supermassive black hole.

Let’s all talk about the elephants in the galaxy. Super massive black holes have a mass over 10 billion times larger than our own sun. They’re ravenous beasts typically found at the center of large galaxies, and, as it turns out, there might be more of them than we thought.

In a paper published today in Nature, researchers announced that they had found a supermassive black hole, with the mass of 17 billion suns in a galaxy 200 million miles away.

That’s huge, but still under the record-setting supermassive black hole found in 2011 in an area called the Coma Cluster. That one weighed a whopping 21 billion solar masses. Until recently, researchers figured that neighborhoods like the Coma Cluster (which contains thousands of galaxies) were the best place to find these supermassive heavyweights. But with this new study it’s looking like there might be some very big fish in much smaller ponds.

The newly discovered black hole might be two black holes that are separated by less than a light year.

“Rich groups of galaxies like the Coma Cluster are very, very rare, but there are quite a few galaxies the size of NGC 1600 that reside in average-size galaxy groups,” astronomer and co-author of the paper, Chung-Pei Ma said. “So the question now is, ‘Is this the tip of an iceberg?’ Maybe there are a lot more monster black holes out there that don’t live in a skyscraper in Manhattan, but in a tall building somewhere in the Midwestern plains.”

Also exciting is the fact that the newly discovered black hole in the middle of nowhere might be a binary black hole, or two black holes that are separated by less than a light year.

“Somehow the stars have been scared away from the center of very massive galaxies, and either were afraid to come in, or came in and got kicked out,” Ma said. The fact that stars aren’t streaming into the black hole’s area of gravitational influence might mean that there are, in fact, two black holes duking it out at the center of the galaxy.

Ma and her team are part of a project called MASSIVE that started in 2014, a survey of nearby massive galaxies to assess and weigh huge objects like these black holes. Because the project is still in its early stages there might be much bigger (or at least more massive) things to come.