Put down the chopsticks 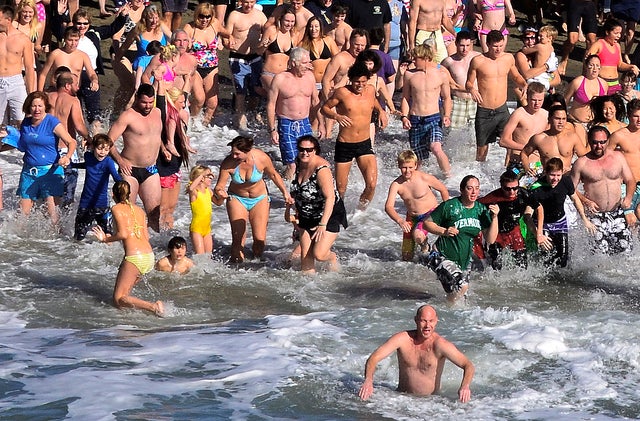 Step away from the sushi bar! A new study published in Proceedings of the National Academy of Sciences shows, for the first time, that a warming trend in sea surface temperature is “strongly associated” with the spread of vibrios, a bacteria that can make humans sick.

There are more than 100 species of vibrio, and about a dozen of them cause illness, with the most common type causing the potentially deadly disease, cholera. The others range from upset stomach to blood poisoning. The number of illnesses contracted from swimming in northern oceans, especially during heat waves, has gone up in recent years, the study authors noted.

The researchers studied preserved plankton taken from the North Sea and North Atlantic Ocean from 1958 to 2011, and found that as sea temperatures rose, so did germ levels. It’s not proof of direct cause, but it’s strong evidence of a link. “From long-term data, it is apparent that the level of these pathogens is rising in the ocean as a result of global warming,” study author Luigi Vezzulli told Phys.org.

This isn’t the first time vibrios have shown up to ruin our vacations, however: A study published last month shows that microplastics — tiny pieces of plastic that won’t decompose — harbor harmful bacteria in warming northern waterways.

To help lower the risk of contracting these ocean-borne pathogens, they recommend covering open cuts before you swim, and avoid eating undercooked or raw seafood if you have a compromised immune system — or other underlying conditions that put you at higher risk, such as HIV, diabetes or liver conditions.