New research pushes the emergence of HIV into the 19th Century, points to urbanization of Africa as a cause 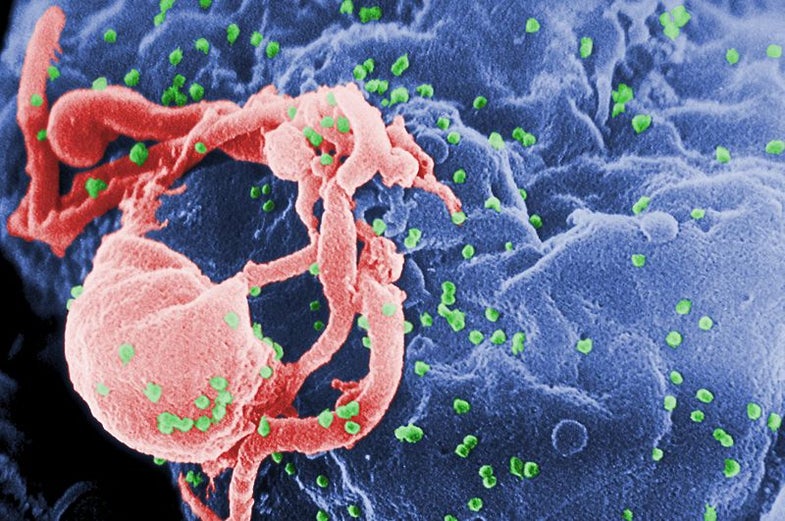 However, a new study in the journal Nature places the emergence of HIV smack in the middle of that turbulent era, decades earlier than previous estimates for the evolution of the disease. While a 2006 paper showed HIV emerging in the 1930s, this new research has the disease showing up sometime between 1884 and 1924.

“[New samples] allowed us to push the date back to around 1908,” said Marlea Gemmel, a research specialist at the University of Arizona and one of the authors of the Nature paper, “the big difference in that new date is the social context. The rise of urban centers in Africa allowed the virus to spread instead of dying out.”

According to the University of Arizona team, HIV first gained a foothold in humans shortly after the city of Kinshasa, then called Leopoldville, was founded in 1881. In 1898, a new railway sparked massive growth in the city, drawing people from the countryside into the new city. The paper posits that one of those new urbanites brought HIV to the city, where it initially began to spread.

The study looked at a new sample of HIV infected tissue from Kinshasa that had been preserved since 1960. The researchers then compared that sample to the 1959 sample that had been used to generate the 1930 emergence date. By looking at the differences between the viruses in the two samples, the researchers determined that the disease must have been evolving for longer than anyone realized.

“There was already a lot of diversity in Kinshasa at the time,” said Gemmel “It’s not even more broad, it’s just in Kinshasa.”

Gemmel also added that the adverse conditions in the Congo at the time might have contributed to the spread of the disease, as people who are under stress are more susceptible to infection.

The study was a collaboration between American, European and African scientists who all research the origin of HIV. The research was possible because the older sample had been preserved in wax for over 40 years—a rare occurrence and one that has limited how much data has been collected on older strains of HIV. Nevertheless, scientists have hopes that more will emerge, shedding light on the origins of HIV.