A Strong Signal From A Neighboring Solar System Has E.T. Seekers Speculating

Could this transmission come from intelligent life? 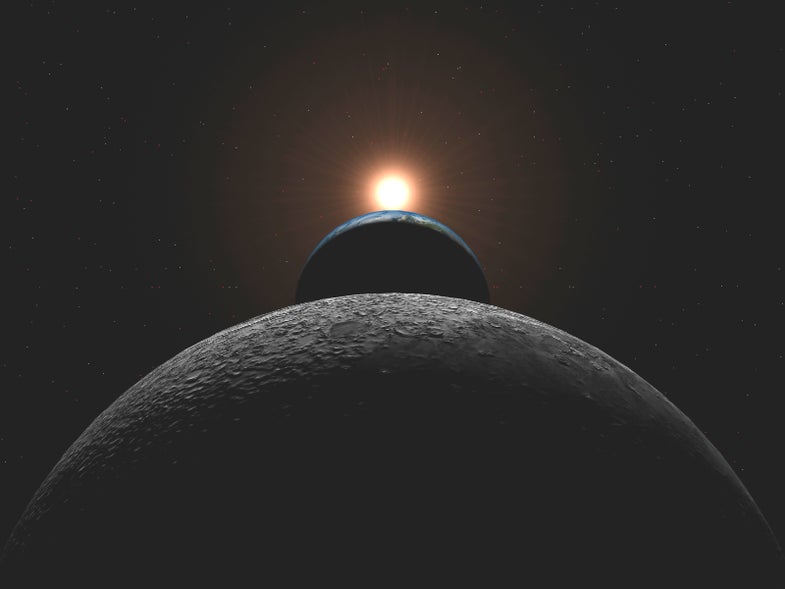 Giuseppe Cocconi and Philip Morrison—two physicists at Cornell—began their 1959 article in Nature magazine quite frankly: we can't reliably estimate the probability of intelligent life out in the universe, but we can't dismiss the possibility of it either. We evolved and we're intelligent, so wouldn't it stand to reason that alien civilizations could arise on planets around other sun-like stars? In all likelihood, some of those civilizations would be older and more advanced than ours and would recognize our Sun as a star which could be host to life, with whom they would want to make contact. The central question of the paper was then: how would the beings send out their message? Electromagnetic waves were the most logical choice. They travel at the speed of light and would not disperse over the tremendous distances between stars. But at which frequency? The electromagnetic spectrum is far too wide to scan in its entirety, so they made an assumption that has remained central to SETI research ever since. They would listen in at 1420 MHz, which is the emission frequency of hydrogen, the most abundant element in the universe. They reasoned it was the one obvious astronomical commonality we would share with an unknown civilization and that they would recognize it too. 2001aspaceodyssey.org
SHARE

Is someone trying to phone home? Astronomers at the SETI institute have detected “a strong signal” in the direction of HD164595, a star 95 light years from Earth. At least one Neptune-sized planet orbits this star.

It was observed by the RATAN-600 radio telescope in Zelenchukskaya, in southern Russia. If the signal did come deliberately from a beacon broadcasting in all directions, as SETI is theorizing, it would require the technology of an advanced civilization, capable of converting energy from a nearby star into communication and power, as Paul Gilster reports in his blog Centauri Dreams. There are a few theories on why a civilization would send out this kind of signal, including a graffiti tag style “We were here” message, an ode to glory days, a funeral pyre or an SOS call for help.

But don’t get your tinfoil hats out just yet. As Nick Suntzeff, a Texas A&M University astronomer, told Ars Technica, it wouldn’t be surprising if we were just listening to ourselves, as the signal was observed in a part of the radio spectrum used by the military, for communication between ground stations and satellites.

A SETI committee meeting will discuss this finding at the 67th International Astronautical Congress in Guadalajara, Mexico, on September 27.

“We can’t claim the detection of an extraterrestrial civilization from this observation,” Gilster writes. “What we can say is that the signal is interesting and merits further scrutiny.”