It’s time to start adding edible flowers to your food

Sprinkle some wild color onto your feasts and baked foods. 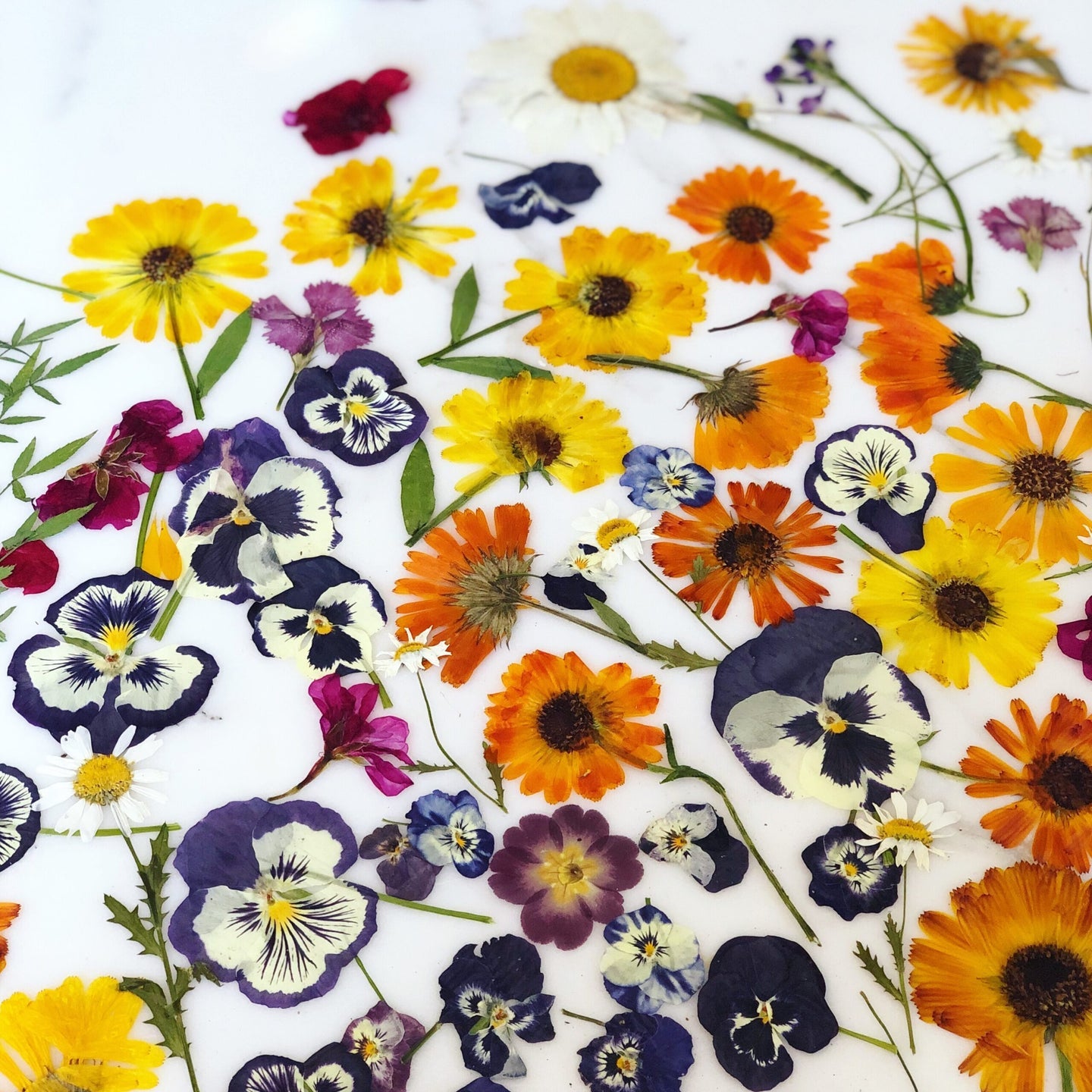 Wildflowers have played a culinary role in many cultures over history. But they're only going mainstream more recently in the US. Loria Stern
SHARE

Loria Stern thinks we should all be eating more flowers. The 36-year-old self-trained baker and caterer understands that, these days, everyone could do with a little more botanical beauty in their lives—particularly on the dinner table. It seems she’s not alone. In a few short years, she has built an Instagram following of over 210,000 admirers, many of them eager to learn how she incorporates edible plants into her intricately decorated sweets.

While a classic West Coast affection for plant-based and organic foods is at the core of Stern’s culinary philosophy, she’s hardly hung up on kale and brown rice. Her thoroughly modern palate is every bit as focused on the flavor and fragrance of foods as it is on nutritional niceties. Raised in tiny Ojai, California, Stern was working as a pastry chef at a boutique hotel in 2011 when her interest in botanicals was piqued by a Santa Barbara City College course in edible and medicinal plants. “I’d always been inspired by nature and the beauty of flowers, but it wasn’t until I got that practical knowledge from my professor that I really thought, ‘Okay, now this is safe for what I’m going to do,’” she explains. Soon after, she began cautiously incorporating wildflowers and herbs into her work.

In 2015, after a stint in New York City—Stern honed her craft working in Williamsburg’s beloved Bakeri—she returned to Southern California and started posting photos of her creations on Instagram. Three years later, her signature pressed-flower shortbread cookies caught the eye of an editor at Vogue. The photogenic appeal of Stern’s confections required little promotion. After that first piece of press, DM requests started rolling in, so she set up shop online. “Within the first couple days,” she recalls, “I received over 20 orders, completely without marketing, or even telling anyone that I had a website. Ever since then, I’ve been running a cookie business.”

At first glance, the bicoastal boho vibe of these treats may seem like pure whimsy. However, the art of incorporating flowers into foods has a long and storied history. Persian cooks have, for millennia, included rose and orange flower waters and petals into sweet and savory dishes—a practice that has spread widely throughout the Middle East, North Africa, India, and Southern Europe. Edible hibiscus (also known as sorrel) originated in Africa, and is now also grown widely throughout the Caribbean, Central and South America, and Mexico—all regions where its blossoms are used to make variations on a tart red drink known as bissap, agua de Jamaica, or simply “sorrel.” In China, dried lily buds are added to soups, stir fries, dumplings, and noodle dishes, while in South and Southeast Asia, cooks add slivered banana blossoms to salads and curries. Since the mid-19th century, the French have candied violets to be used as both curative and confection, and in Italy and Mexico, squash blossoms are a popular, if fleeting, summer treat. The examples go on and on.

In other words, eating flowers is not new. But Stern’s unapologetically LA approach to working with them is entirely her own. She takes the term “local” to the extreme, growing nearly 75 percent of the flowers for her cookies in her roughly 350-square foot home garden, and using a light touch and simple techniques like pressing, air drying, and infusion to optimize the flavor and fragrance of the blooms. While she’s not, herself, a vegan or vegetarian—“There’s no one thing I eat every single day, but I eat just about everything in moderation”—many of her customers, loved ones, and social followers are; and many of her recipes work for plant-based and other alternative diets.

Stern is also generous with her skills. In 2019, she began offering online classes to teach interested cooks and bakers the tricks of her trade. She doles out tips and technique to her Instagram followers via Stories and Reels, and is writing a cookbook slated for a 2023 release. And she recently sat down with me to share some recipes and advice on how to incorporate botanicals into a floral springtime feast—and many more festive meals to come.

Where to buy edible flowers

Depending on the growing season in your area, you may be able to source organic edible flowers from your local farmers market—but Stern warns against the temptation of bringing ordinary flower-shop blossoms into the kitchen. Not all strains are edible, and most of the blooms sold for decoration (particularly jasmine and hibiscus) are sprayed heavily with pesticides. If you’re unable to find fresh, edible flowers locally, Stern suggests ordering online from Gourmet Sweet Botanicals, Marx Foods, or Chef’s Garden. Dried options are far easier to find. Some well-stocked grocers shelve chamomile and hibiscus in the tea aisle, and Latin American and Caribbean markets are a good source for these as well. Jasmine and calendula are often available at Asian grocery stores, and dried roses, rosewater, and orange blossom water may be found at many Middle Eastern shops. To order any of these online, Kalustyan’s is a reliable vendor that ships nationally.

How to store edible flowers

Dried flowers hold up just fine in an airtight jar stored in a cool, dark place, but edible fresh blossoms vary wildly in their shelf lives.

Twiggy flowering plants like lavender do well at room temperature in a jar of water, while more delicate pansies and rose petals require more gentle care. Stern suggests wrapping these fragile specimens loosely in just-barely moistened paper towels, then storing them in an airtight container in the fridge.

When drying your own flowers, she advises against using an oven or dehydrator, both of which she has found to be too harsh. Instead, lay the blossoms or petals out on a perforated baking sheet and set in a dry, dark place. In most climates, the flowers will be completely dried in two to three weeks.

How to start your own edible flower garden

Even now, Stern doesn’t see herself as a professional gardener. “I think of myself as more of a ‘professional experimenter,’” she says. But she does have words of encouragement for anyone interested in growing edible flowers at home: Ordering starter plants from a reputable garden shop is far easier than growing from seed, and once planted, an organic fertilizer specially formulated for flowering plants will encourage plentiful growth. (Stern suggests a product called Big Bloom made by Fox Farm.)

For more ideas and recipes on how to use edible flowers, head over to Saveur.