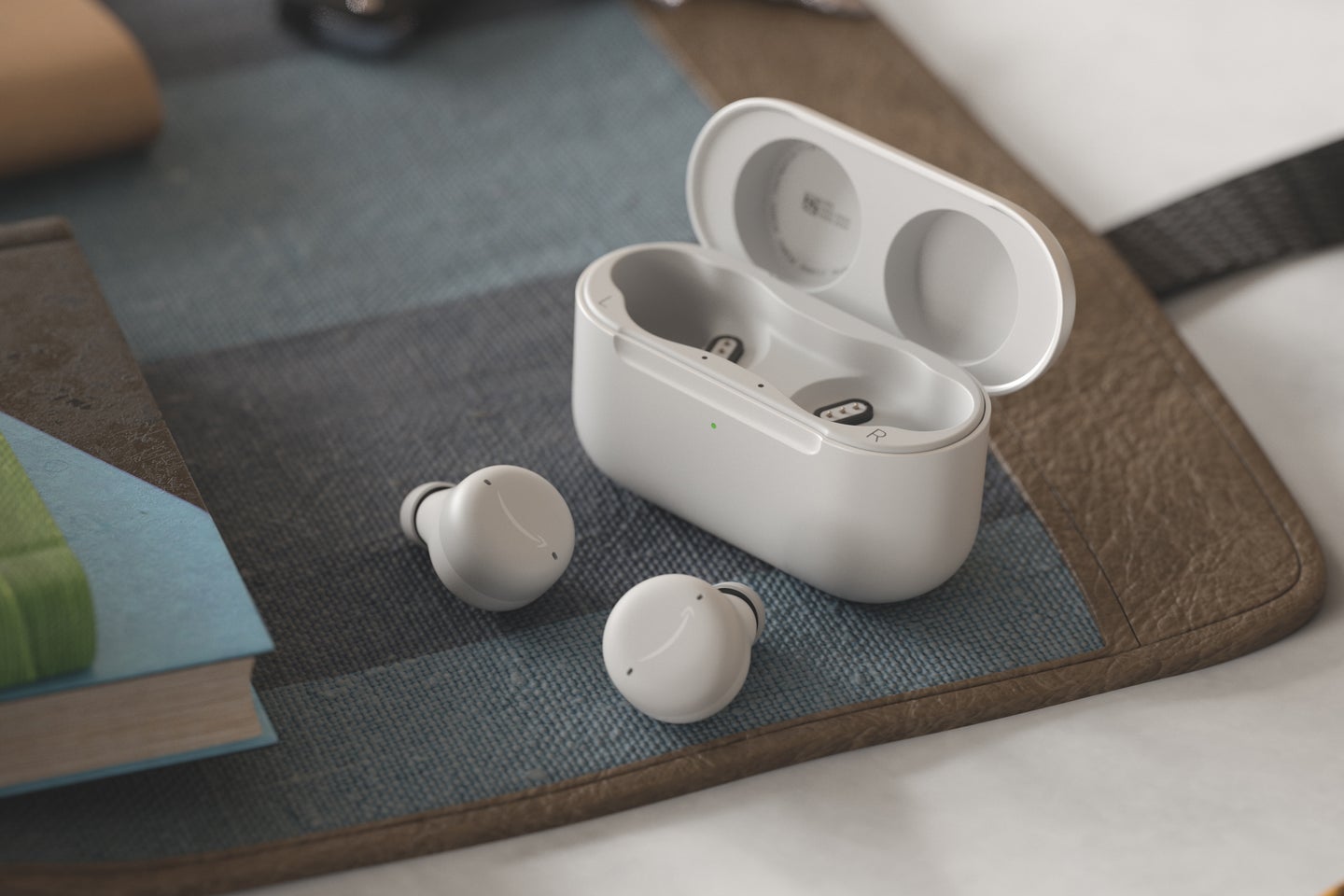 The charging case comes in wireless and standard. Amazon
SHARE

If you’re shopping for wireless, noise-canceling earbuds, you’re likely going to fork over a considerable chunk of cash. Aside from Anker’s $129 Liberty Air 2 Pro, you’d be hard-pressed to find a pair from a well-known maker for under $150. Today, however, the Amazon Echo Buds 2 have arrived with improved active noise-canceling and a new design for just $99 (for the moment).

What are the Amazon Echo Buds 2?

Amazon first launched the Echo Buds back in 2019. They cost $129 and provided surprisingly solid sound and performance considering their price. That’s not too surprising—Amazon hardware tends to overperform when you consider how cheap it is.

The new Echo Buds 2 embrace a similar concept. They’re totally wireless earbuds, which means there’s no cord connecting them at all and each bud has its own built-in battery good for five hours of playback. They charge via a storage case, which holds enough juice for two full charges. The case comes in two versions, one that will only charge via USB-C, and an upgraded option that can charge wirelessly on a Qi-enabled mat.

Amazon built its own solution for active noise-cancellation this time around. The company says that the Echo Buds 2 are roughly twice as effective as their predecessors when it comes to blocking out unwanted sound.

Each bud comes equipped with three microphones, all of which contribute to the noise-cancellation process. By monitoring the incoming sound and estimated pressure in your ear, the system can counteract unwanted noise. It’s a familiar method, but Amazon has been working on refining it since its first effort.

From a pure playback standpoint, each bud still relies on a single driver, but the company claims to have extended the dynamic range from the original Echo Buds for balanced highs and lows. They should also handle higher volumes better before distorting.

The Echo Buds 2 are 20 percent smaller than the originals, which were relatively chunky. Despite their smaller size, they’re still IPX4 rated when it comes to toughness, which means they can handle moderate moisture if you’re walking around in the rain or off to the gym. That rating is typical for workout headphones like the Powerbeats Pro or the Bose SoundSport Wireless headphones.

Users can now customize how the Echo Buds 2 fit into their ears after taking an Ear Tip Fit Test during the setup process. The noise canceling works best when the earbuds can form a tight seal in the canal, which makes fit important. You also won’t enjoy using them if they pinch or fall out all the time.

Alexa is all over the Echo Buds 2

As you might expect, Alexa integrations abound in these earbuds. Built-in microphones listen for you to summon the digital assistant. Upgraded mic hardware has made the buds better at hearing lower-register sounds, including your voice. So, you won’t have to repeat yourself when talking to Alexa as often.

Amazon is also rolling out support for commute-specific Alexa features that will work with the Echo Buds 2. So, you’ll be able to ask directions or for train statuses should you ever need to go back to the office again.

Right now, the Echo Buds 2 with the standard wired-charging case will set you back just $99. If you want to upgrade to the wireless charging version, it will cost you $119. Once the introductory price expires, they will go up to $119 for the standard model and $139 for the wireless charging version. We’ll have to wait for a full review before we know where they land in the overall wireless earbud landscape. But, at least on paper, these certainly look like the best wireless earbuds Amazon has put out so far. Look for a full review in the coming weeks.