What does it take to fool the Pixel 4’s real-time transcription tech?

Check out the latest episode of the Techathlon podcast. 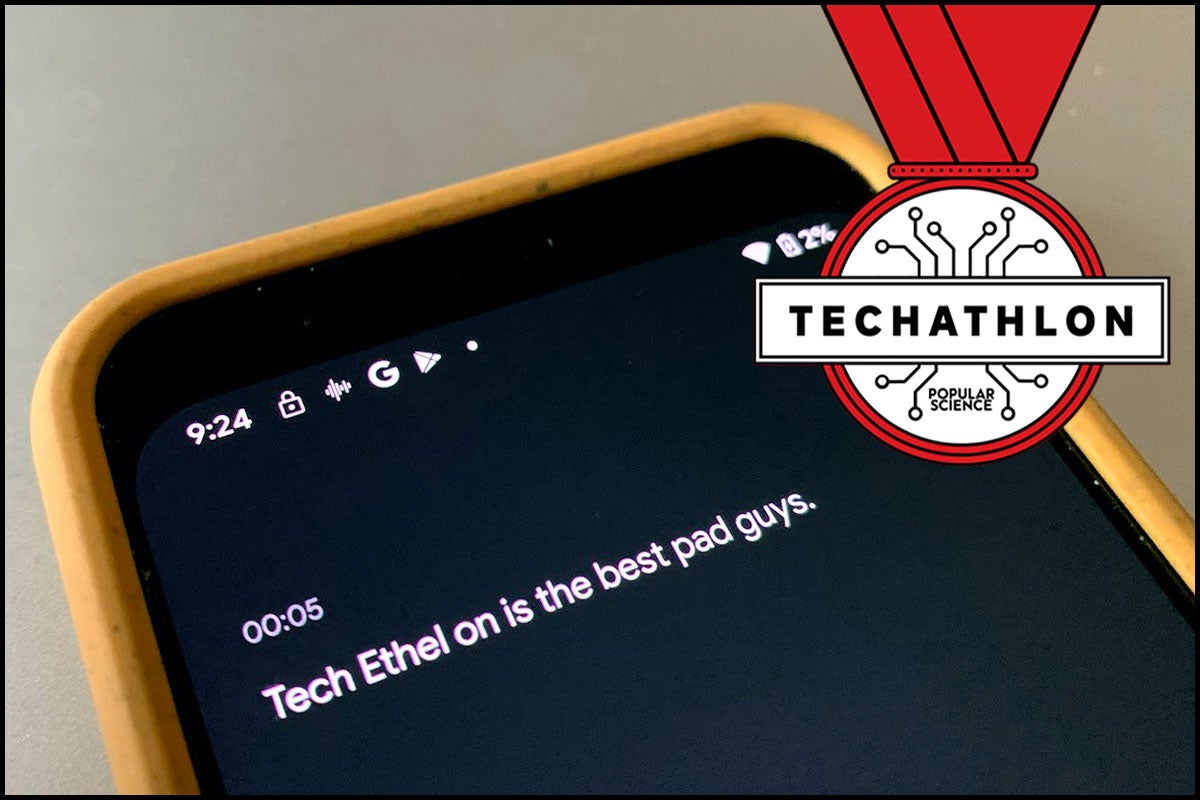 Shouting from across the room can trick the Pixel's transcription tech. Techathlon
SHARE

It’s hard to stand out in the modern smartphone market. Top-tier devices have excellent cameras, beautiful screens, and enough computing power to make those cheesy hacking scenes from the 1995 classic Hackers happen in real life. That makes the little features so much more important when a company announces a new phone. Google’s latest flagship phone, the Pixel 4, has a great example in the form of its Recorder app.

Like any typical voice recorder, pressing the big red button gets the device to capture your voice or whatever sounds may be happening around you. Google’s app, however, sets itself apart by transcribing what you say in real-time. As journalists, we interview people all the time, and having a smart software that automatically types out transcriptions is sort of magical.

While there have been transcription apps in the past, Google’s new tech does an incredible job when it comes to actually getting things right. No matter what song lyrics, poems, and gibberish you throw at it, there’s a good chance it will give you a result that’s at least pretty close.

But how far could we push it? On this week’s episode of the Techathlon podcast, our contestants took a whack at stumping the mighty Recorder app. Could it figure out pig Latin? What about olde English? We even fed it a little Shakespeare. Could this be the first time a gadget actually wins a game on Techathlon? Listen and find out.

You can hear the latest episode in the player above. Subscribe on Apple Podcasts, Stitcher, Anchor, and even Spotify.

If you have a Pixel 4 and have found ways to stump the Recorder app, tweet them at us. We’re always looking for ways to make our inanimate objects look stupid and embarrass them.

Here’s a preview of the rest of this week’s episode.

Jason went into the PopSci kitchen and cooked up a sampling of 10 questions designed to stump the contestants and recap the week’s biggest tech stories. This round, there’s lots of talk about Microsoft’s latest announcement—and I make a revelation about my Microsoft Word document practices that shook the other hosts to their cores.

Recently, Facebook announced that it was changing its logo to basically look like this: FACEBOOK. Just imagine that all-caps moniker in a font that a team of people probably spent months picking out. Predictably, the internet has spent substantial time and effort making fun of the announcement. But Mark Zuckerberg and company shouldn’t feel too bad about it: The internet has a long history of hating on logo changes. In this game, Jason takes us on a trip through some of the worst rebranding efforts in history, from TV networks to retail chains.