Save up to 77 percent off MSRP. 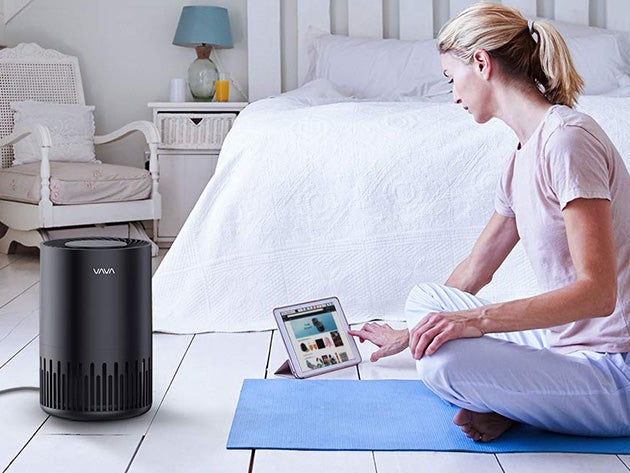 According to the Environmental Protection Agency, there can be anywhere from two to five times more pollution in your home than outside. If you struggle with breathing problems or just want to make your home a healthier place, using an air purifier is a smart move. Here are seven great options currently on sale at the PopSci Shop—now with up to 77 percent off MSRP.

This portable purifier weighs less than one pound, but it removes 99 percent of particles over 0.3 microns. You get eight hours of battery life, and the companion app offers air quality updates. Wynd Essential has 4.1 stars on Amazon, and it’s now 15 percent off MSRP at $109.

If you just want to improve the air quality in your car, this purifier will get the job done with minimal fuss. It can tackle dust, dander, bacteria, pollen, smoke, and smells, with a compact design that doesn’t take up space around your dash. Normally $89, the Plug-In Purifier is now only $19.99.

Thanks to three-stage filtration, the Autowit Fresh 1 removes 90 percent of PM2.5, pollen, smoke, dust, and odors from the air. This device is also portable, with four different airflow modes and a noise-free fan that produces only 35dB. Worth $79.99, the Fresh 1 is now only $58.99.

This powerful 7-in-1 purifier captures 99.97 percent of airborne particles as small as 0.1 micron, including VOCs and mold spores. It can cleanse an area of 335 square feet in 10 minutes, and smart auto mode adjusts the air quality in your home. The Airthereal has 4.5 stars on Amazon, and it’s currently 22 percent off MSRP at $99.99.

Perfect for your nightstand or desk, the VAVA EE014 offers True HEPA filtration. This 3-in-1 purifier scrubs 99.97 percent of particles down to 3 microns. It also provides four different fan speeds and a built-in nightlight. Normally $69.99, it’s now just $59.99.

Dry, polluted air is the worst possible combination if you have breathing problems. The Brondell O2+ Revive removes pollutants using True HEPA filters, and it simultaneously adds moisture to the air to make breathing more comfortable. Usually priced at $449, this 2-in-1 is now $399.99.