NASA's Ingenuity helicopter snapped the photos during its third and longest flight. 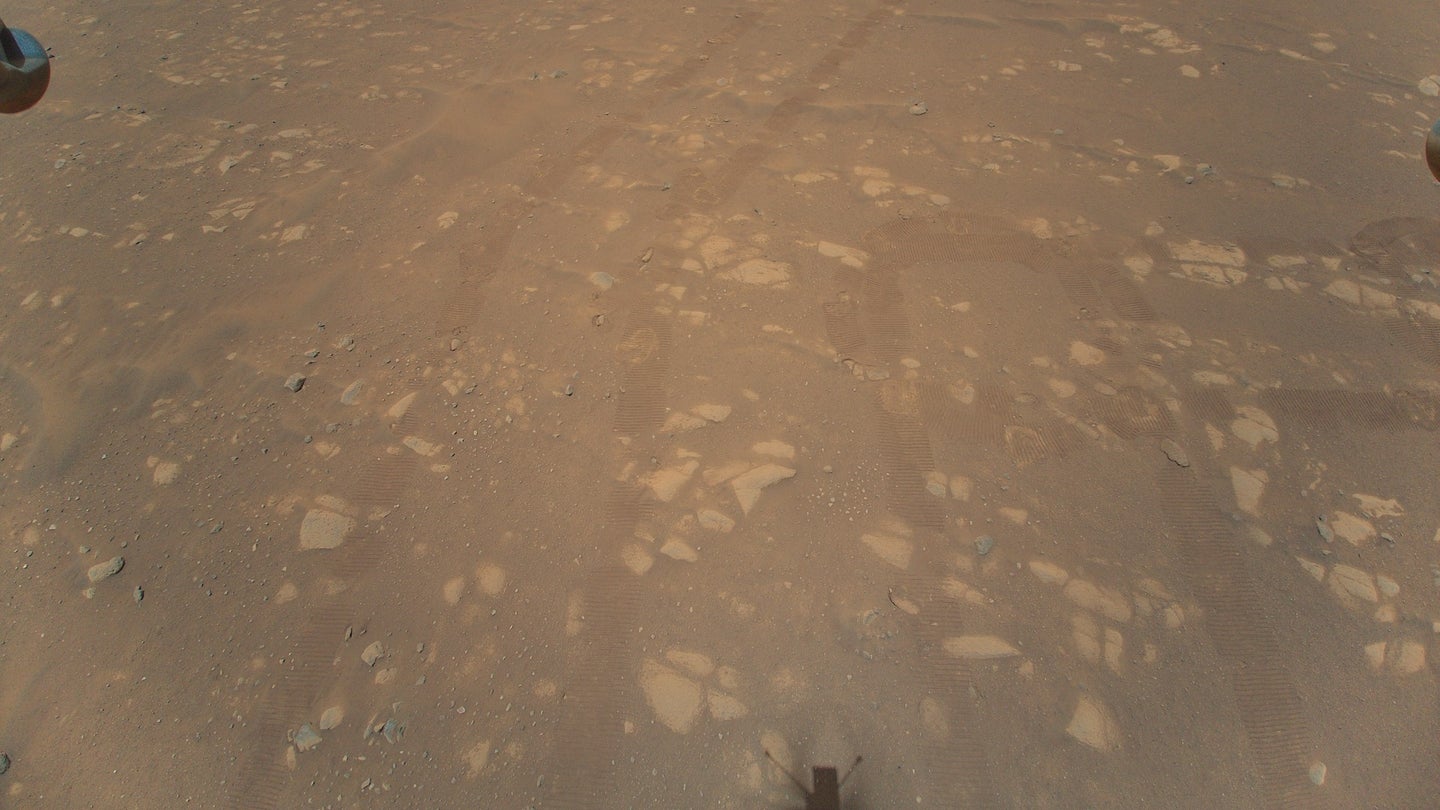 NASA’s Ingenuity Mars helicopter continues to break new frontiers in its remote-operated adventures across the surface of the Red Planet. After its third and longest-ever flight on Sunday, the four-pound helicopter sent back to Earth its second and third color photos of the surface of our solar neighbor.

This 80-second jaunt surpassed even what Ingenuity was capable of during tests on Earth, flying farther, further, and faster than ever before. Setting off at 4:31 a.m. EDT, the sprightly helicopter rose 16 feet into the air, matching the height of its second flight. Under the watchful eye of the Perseverance rover, it then sped off downrange for 164 feet, or about half a football field, reaching a top speed of 6.6 feet per second—4.5 miles per hour.

“Today’s flight was what we planned for, and yet it was nothing short of amazing,” said Dave Lavery, the project’s program executive at NASA Headquarters in Washington, in a press briefing. “With this flight, we are demonstrating critical capabilities that will enable the addition of an aerial dimension to future Mars missions.”

Capturing these color photos took a true feat of engineering, given the difficulty of tracking the Martian surface at higher speeds. An algorithm must correctly and consistently track the planet’s ground features while maintaining the correct image exposure. Dust can also thwart an otherwise ideal photo opportunity.

The helicopter can capture black and white images, too, using its navigation camera. It uses the same computer that operates the craft, based on instructions sent up hours before updated data is received back on Earth.

These latest color photos will provide crucial information to guide the future of exploration on Mars, both for Ingenuity itself and for potential future rotorcraft that might also visit the planet.

Ingenuity touched down on Mars’ surface on April 4, after being deposited there by the Perseverance rover, which serves as a communication base for the copter. It faces a range of challenges in its flights, primarily the thin, wispy Martian air. The atmosphere of the Red Planet has just one percent of the density of our atmosphere here on Earth.

NASA’s team hopes to set Ingenuity off on its fourth flight in a matter of a few days.