Something sent one of the universe’s heaviest black holes flying

A new survey offers the most concrete evidence yet for a roaming supermassive black hole. 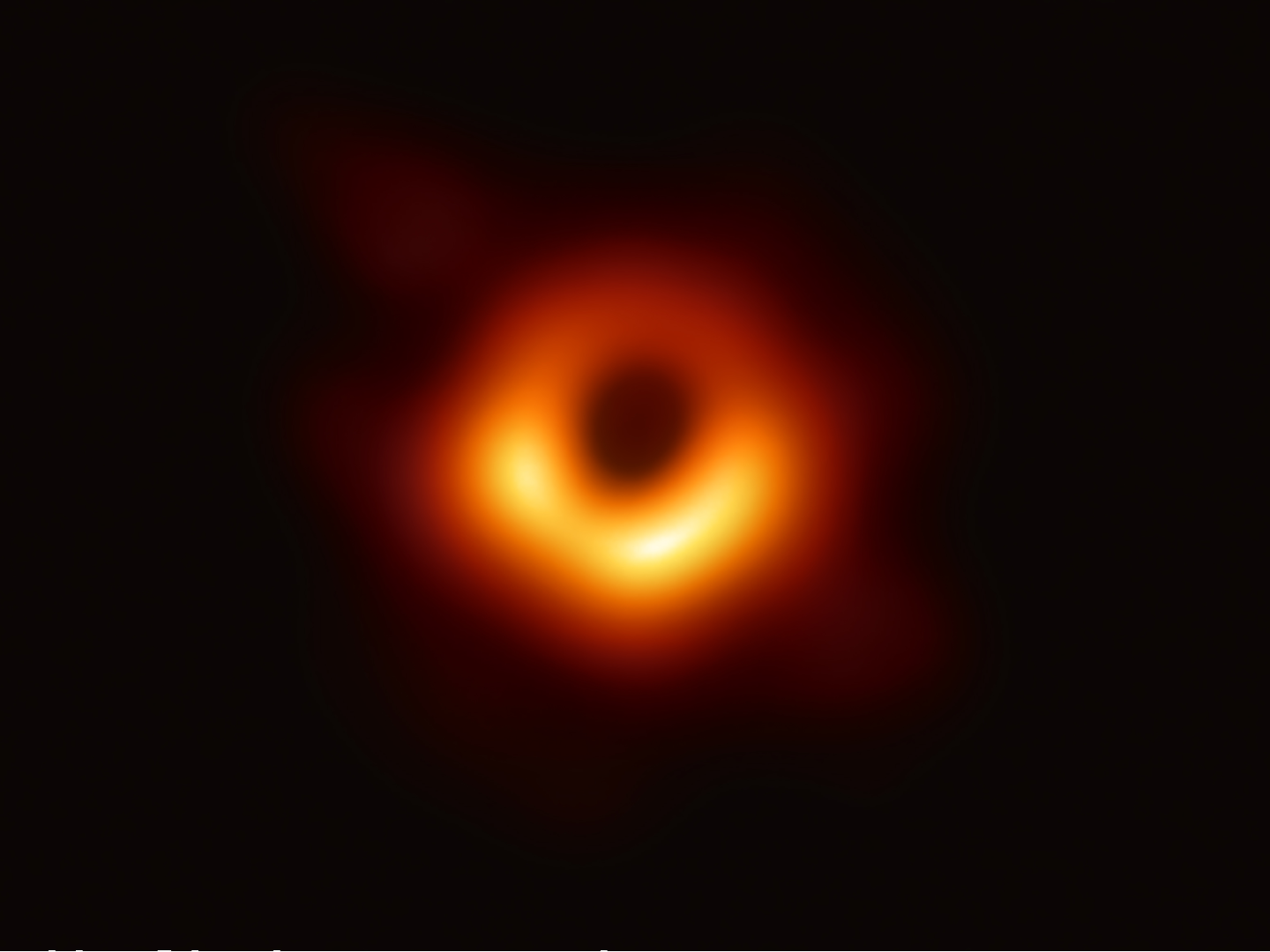 The first-ever image of a black hole, surrounded by hot gas. A similar object in a distant galaxy may be on the move, astronomers have found. Event Horizon Telescope collaboration et al.
SHARE

More than 220 million light years away, a mammoth black hole is hurtling across a galaxy’s center at a brisk 110,000 miles per hour, astronomers have determined.

The swiftness is especially notable given the object’s heft. Black holes come in a range of masses. The lightest start at the weight of “just” a few suns—and our sun weighs about 500 times as much as all the planets, asteroids, comets, and dust in our entire solar system put together. Researchers regularly detect rumbles in spacetime from the collisions of middling black holes weighing dozens of solar masses. But this particular behemoth tips the scales at nearly 3 million suns. That crushing weight makes it a “supermassive” black hole—an entity that researchers believe sits at the heart of nearly every galaxy, feasting on a chaotic maelstrom of gas and dust that spins around it.

Despite their import and omnipresence, supermassive black holes remain enigmatic. To astrophysicists, some of the titans seem quite impossible: There simply hasn’t been enough time since the universe’s birth for them to have accumulated such gargantuan guts. Growth spurts might occur when galaxies collide and smush their central black holes together, but physicists aren’t sure whether this actually happens. Large duos tend to form very stable orbits when they get to just a few light years apart, and theorists struggle to imagine what might push the giants close enough to fuse fully.

What researchers need in order to solve this puzzle is to catch two supermassive black holes in the act—or better yet, the aftermath—of a merger. So astronomers have been on the lookout for roving leviathans (since a smack from or a pull toward a peer is just about the only event that can get the massive objects moving).

“They are evidence of supermassive black hole growth in action,” wrote Dominic Pesce, an astronomer at the Harvard and Smithsonian Center for Astrophysics, in an email.

Now, after years of analysis and observations, Pesce and his collaborators have found one of the strongest candidates yet.

Searching for something impossible to see

Their hunt began five years ago. Black holes themselves are just as dark as their name suggests, but they announce their presence by whipping nearby stars, clouds, and gas into a violently churning disk around them. If you can measure the speed of this disk, you can infer any motion of the black hole at the center.

[Related: A flashing mystery is unfolding at the center of the Milky Way]

But the disks aren’t all that easy to see either, so the team took advantage of natural spotlights—water “megamasers”—beaming out from certain galaxies. Black holes are messy eaters, and as they gobble down matter, they shoot out energy that can excite water molecules in the vicinity.

The water vapor then beams out that energy using the same process that produces a laser, but into microwaves instead of visible light (hence the name maser, rather than laser). Megamasers, which are among the brightest masers, can shine with the light of a thousand suns.

Pesce and his colleagues surveyed the masers in ten galaxies in the spring of 2016, and announced in 2018 that in one galaxy, the megamaser’s motion implied that the central supermassive black hole appeared to be lurching in a peculiar direction.

To be sure though, they needed to nail down the speed of the host galaxy. They secured observing time on the Arecibo radio telescope in Puerto Rico and the Gemini North telescope in Hawaii and took a closer look.

In results recently published in the Astrophysical Journal, they confirmed that the host galaxy does indeed appear to be moving independently of its central black hole. Other astronomers have found candidates for supermassive black holes on the move (including one spotted in 2017 cruising at a blistering 4.7 million miles per hour), but this example is the “most concrete case” yet, according to Pesce.

Since it takes a supermassive black hole to move a supermassive black hole, the researchers believe that this object must have been dislodged by a partner during a mashup with a neighboring galaxy. Certain regions of the host galaxy also appear to be moving in funky ways, supporting the idea that some galactic drama has gone down relatively recently.

What the team doesn’t yet know is what stage of the rendezvous the supermassive black hole is in. It could be blazing a path toward its counterpart. It could be locked into a spiral with its partner. Or the merger could be over, and the newly forged composite black hole could be rocketing away from the site of the collision.

Other astronomers find the evidence for a roaming black hole compelling, but point out that without knowing more about which way it’s going, this observation doesn’t prove that supermassive black holes can definitely grow by colliding.

“The authors present a very promising object, although I am not sure it is the best case overall,” wrote Marco Chiaberge, an astronomer at the Space Telescope Science Institute in Baltimore, who helped discover the super-speedy supermassive black hole candidate in 2017, in an email. “There is still the possibility that the black hole is ‘on its way to the center,’ meaning that the black hole merger has not happened yet.”

With additional observations, the researchers hope, they’ll be able to figure out exactly what’s going on.

“To me, the most exciting scenario would be if [the galaxy] turns out to be hosting a binary black hole system,” Pesce says, because very few such pairs are known to astronomers. “And of course,” he adds, “two black holes are twice as exciting as one.”