Accessories and games for your Xbox Series X 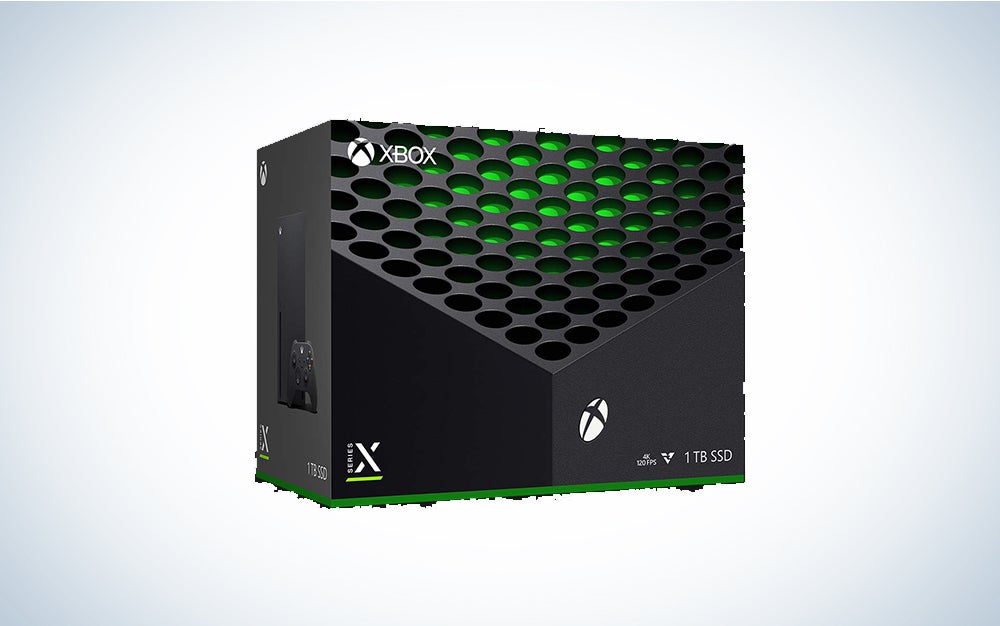 The Xbox Series X is an extremely powerful system with an impressive array of backwards compatibility when it comes to games and some accessories. You’ll be able to use your existing Xbox One controllers on the brand new 8-core, custom Zen 2 CPU and 12-TFLOP GPU. You’ll get stunning performance with 4K games presented in 60 FPS all the way up to 120 FPS. What will you need to take advantage of those impressive specs? Considering the system’s extensive backwards compatibility what you’ll want are games, lots of ‘em.

Here are a few of the best games for Xbox Series X.

Caption: The best way to keep your Xbox full of games.

Markdown: Microsoft is very much in the console business, the Series X’s specs are a testament to that. And yet Microsoft is very keen on being a content provider in the vein of Netflix and Disney Plus. Xbox Game Pass single-handedly made the Xbox One’s last few years worthwhile, given a lack of any major console exclusives. Microsoft has spent that time making major moves, purchasing lauded game studios like Obsidian and Bethesda, the studio behind Skyrim, Doom, Wolfenstein, Dishonored, Prey, and more. That means Game Pass will be home to a generation-crossing library of games and you’ll be able to play new releases by some of the best studios without laying down more cash on their release day. Game Pass also works on PC and Android and may soon work on IOS. So the first thing you should do when you get your Xbox Series X is get a subscription to Game Pass–its the best value in gaming right now.

Caption: The team behind the last console generation’s definitive game takes you to the future.

Markdown: There’s no easy way to say this so we’ll just say it: you can’t buy an Xbox Series X version of Cyberpunk 2077. You can’t even preorder it. Cyberpunk 2077 is almost certainly the most anticipated game in years and definitely the most anticipated of this year. But CD Projekt Red, the studio behind it, never intended to ship it as a launch title for a new generation of consoles. Production delays, though, have put the release date just days apart from the appearance of a new wave of consoles. Don’t worry, though, CD Projekt Red has you covered. You can buy a copy of Cyberpunk 2077 and it will play on your Xbox Series X. The only issue: it won’t be optimized to take advantage of the insane power under the hood. But again, don’t fret, CD Projekt Red has promised to issue a 100-percent free upgrade that will bring enhanced graphics. They just haven’t issued a release date. We trust them, though, as they released a slew of free updates for The Witcher 3 over the years. So with all those issues out of the way, why is Cyberpunk 2077 at the top of this list? It’s a deeply immersive first-person shooter RPG with a guest appearance from Keanu Reeves himself. Do we need to say anything else?

Product 3: Yakuza: Like a Dragon – Day Ichi Edition – Xbox One

Markdown: This long-running franchise has a major following in Japan but it only recently got its due statewide on the PS4 in installments like Yakuza 0. This new installment is a good place to check in, as it features a new lead and a whole new combat system. The best way to describe previous editions would be Grand Theft Auto meets Streets of Rage but with no cars. In those earlier games,you guided your handsome Yakuza hero through the various Japanese locales, snacking at convenience stores, playing at arcades, visiting hostess clubs, and brawling with anyone who gets in your way. The game’s dedication to representing Japanese culture right down to specific brands of alcohol and cuisine was enthralling. But the latest edition ditches the chaotic brawling for a turn and class-based RPG system. We’re excited for it in a major way. https://www.amazon.com/Yakuza-Like-Dragon-Day-Ichi-Xbox/dp/B0886YWLC9/ref=sr_1_2?crid=1GN45LOKTEKWM&dchild=1&keywords=yakuza like a dragon xbox series x&qid=1602880421&s=videogames&sprefix=yakuza like a dragon,videogames,168&sr=1-2&tag=popularscience-us-content-osp-20&asc_source=browser&asc_refurl=https://www.popsci.com/story/shop/xbox-series-x-accessories-and-games

Caption: Add a little strategy to your locust stomping.

Markdown: If you’re a fan of X-COM-style, real-time strategy games, you’ll get a real kick out of Gears Tactics. Released on PC earlier this year, this visually stunning war game allows you to guide a squad of gears through the Locust Horde-infested warscape one movement at a time. Flank, sneak, snipe, and cover your way to victory in increasingly challenging scenarios. If you think you’re going to play this one to death you can pick up a physical copy, but it also comes as part of the Xbox Game Pass subscription service.