Xbox One accessories and add-ons to boost your gaming experience

From memory boosts to controller bling, these are must-haves for Xbox enthusiasts. 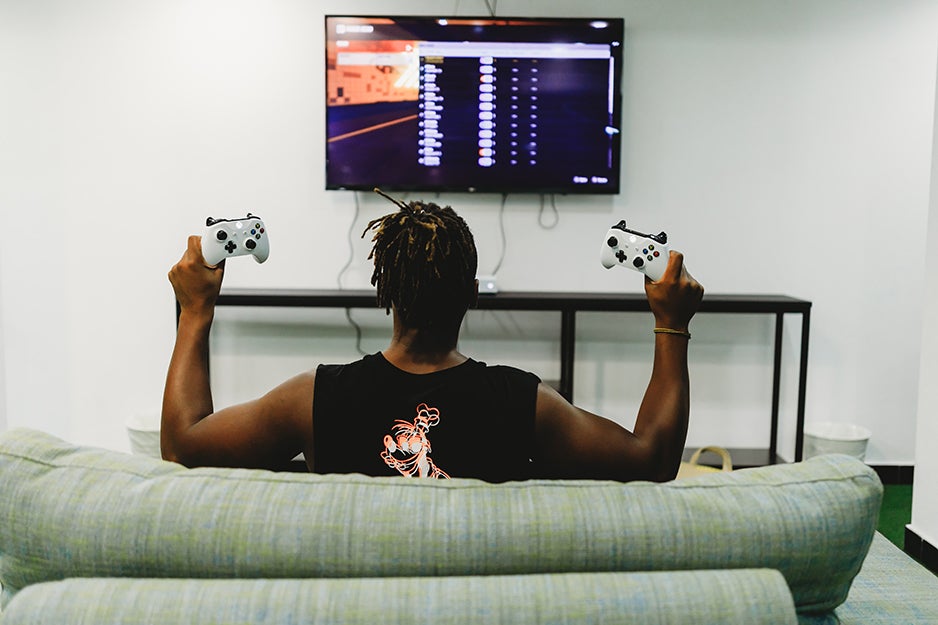 Ever since its debut in 2001, Microsoft’s Xbox has only grown more and more powerful. To truly handle all that it has to offer (and show off a little in the process), you need to supplement with after-market accessories. After all, you have to make sure your components are always charged and ready to go.

Let’s dive into your new must-haves for your Xbox One and game library.

By this point, the differences between the Xbox One and the PlayStation are fairly minimal. Slight differences in graphic quality, load times, user interface—things that the hardcore would (naturally) be concerned about but which don’t register with the average gamer. That said, one area where the Xbox One stands out is as the hub of an all-around entertainment center. The Xbox One S, Xbox One X, and PS4 Pro can all stream 4K content, but only Microsoft’s consoles can play 4K Blu-rays (unless you get the new Xbox One S All-Digital version which does not have a disc drive). And unlike the PS4, the Xbox One supports Dolby Atmos, allowing those with compatible home theater products to enjoy immersive sound, and will soon support Dolby Vision for improved HDR quality. The Xbox One is also the only console that features Kodi, a media server app that lets you access any movies, TV shows, images, or songs you have stored on any of your devices around the house.

Meticulous and efficient—there really is nothing better than a well-executed design. The OIVO stand not only nearly arranged and organizes your Xbox One devices and games, it acts as a cooling station (Xbox One can run hot, like most computers) as well as a charging station. The charging ports also have neat colored indicators (the little happy green controller means all charged and ready!) and there are 12 slots for game packages. It looks cool, and it serves a lot of different purposes. A solid win all around.

Even though you can get an Xbox One with up to 1 terabyte of built-in internal memory, you will still need more. You will always need more. The Seagate Game Drive is designed to complement your Xbox One aesthetically, and also provide 4 extra TBs of memory for all of your gaming needs. It’s a simple plug and play drive, which makes transporting games easy and efficient, too. For the gamer who keeps adding to the library—and who isn’t afraid to hit the road in search of fresh challenges—this is as close to a necessity as you can get.

Never have to worry about reloading. Amazon

Never again have to scramble for AA batteries in the heat of battle. Supplement your collection (and ensure full power at all times) with these simple rechargeable batteries. Designed with the Xbox One controller firmly in mind, they’re not convenient they are also environmentally friendly (imagine all the battery waste you’re preventing). A 100 percent charge will get you up to 7 hours of continuous gameplay.

Can you hear me now? Amazon

It should go without saying, but no modern gaming experience is complete without a headset. And no one wants to be the one on the “McDonalds drive-thru” mic ruining the aural experience for everyone else. Solve both issues with the Turtle Beach Recon 70. Despite being compatible with both major consoles and PCs, the black and green design just complements the whole Xbox One look perfectly. The leather-wrapped ear cushions are comfortable and cool (you can go longer without getting screaming, angry red ears), and provide deep bass and some noise isolation. The mic also flips up to get out of your way if you just want to play solo and enjoy the bass booms in your ears.