Build railroads and settlements, make up stories, and find your agents in the field. 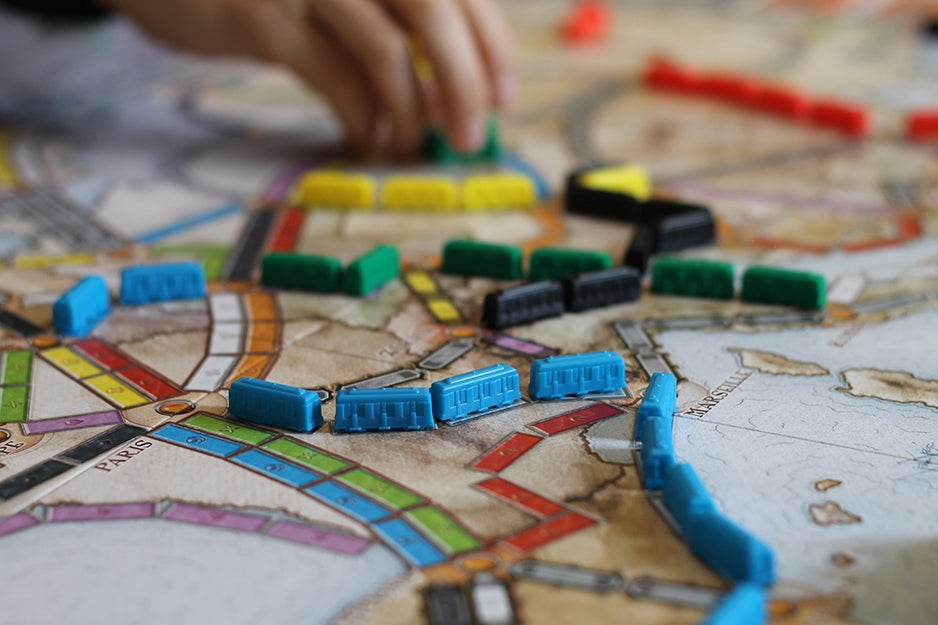 A board game is a great way to bring the family together—or to bring out a competitive spirit—but there are only so many times you can play the same classics before they start feeling a little old. Here are some excellent titles for families looking to branch out, whether in storytelling or challenge level.

Settlers of Catan is the most well-known, family-friendly choice for players looking to dip a toe into the world of more complex tabletop gaming. Win victory points by building settlements—and use those settlements to accrue more resources for cities and development cards. The game works with three to four players, but adding expansions can accommodate even more people.

Tell a story one card at a time. Amazon

Dixit’s creative and completely unique storytelling-driven game play is perfect for imaginative kids and adults alike. Suitable for three to six players, this game uses beautifully illustrated cards as jumping off points for inventing and narrating stories as a group.

In Ticket to Ride, players fight to become the foremost railroad baron. Win points by building railways across North America, and bonus points for connecting major cities or constructing the longest continuous railroad. Additional expansions are set in other continents—and one even imagines a future where trains can travel across oceans. You can even use Amazon’s Alexa for a guided tutorial of the game.

Use your resources wisely. Amazon

This medium-weight game is great for families looking to get into more strategy-based game play. Players pass around a hand of cards, choosing between building Wonders of the World and monuments, waging wars, and collecting science cards. Rounds only take 30 minutes to play, and the game works with up to seven players, which makes it a great choice for larger family gatherings.

Watch out for the assassin! Amazon

This game is the perfect choice for lovers of Taboo, Scattergories, or any other activity that requires finesse with words. Codenames pits two teams against each other, competing to correctly identify their agents in the field, who are denoted on a game board by their one-word alias. Each team’s “spymaster” must tip off the rest of their team with a clue that will help them identify those agents, without triggering the assassin.