No matter what your fitness level, there are weights that will work for you. 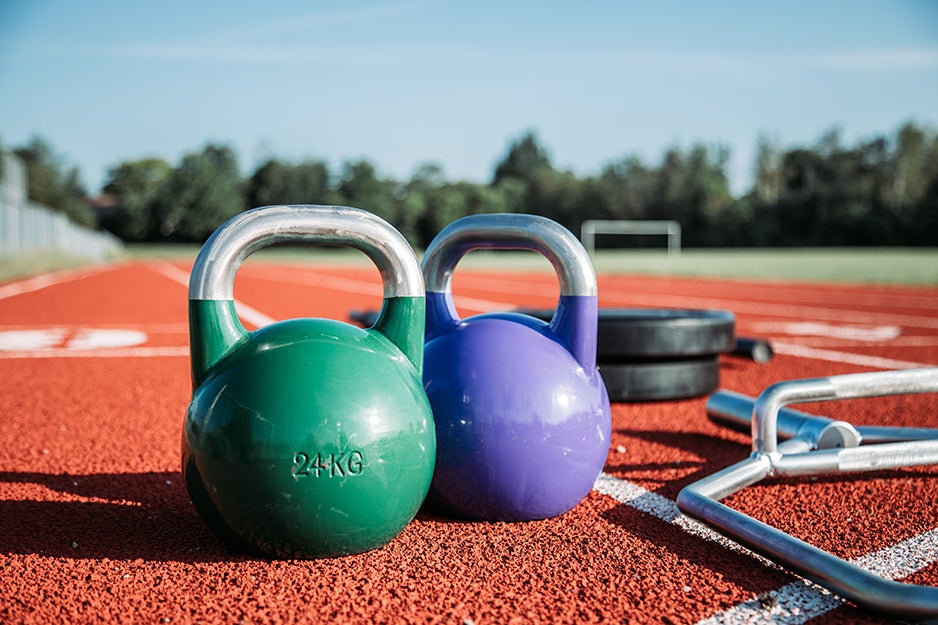 Weights to carry around with you. Alora Griffiths via Unsplash
SHARE

The history of the kettlebell stretches all the way back to 18th-century Russia, where large round metal balls called girya were used to counterbalance crops to determine their weight. They were later adopted by circus strongmen as a means of proving their merit before eventually being adopted into weight lifting training, as well as other cardiovascular and flexibility training.

If you’re looking to add kettlebell training to your daily fitness routine, you have more options than you may realize.

A no-nonsense, basic kettlebell available from 10 to 55 pounds, these are sturdy cast iron weights that can withstand any punishment you can mete out. Coated and treated to prevent rusting, they are built to be a part of your home gym for a very long time. Sometimes, you don’t need to reinvent the wheel on this kind of thing and can just keep it simple.

Rather than investing in multiple kettlebells and risk overwhelming whatever exercise space you have, consider the Bowflex SelectTech. A single weight is able to be set anywhere between 8 and 40 pounds, with just the turn of a dial. The only downside is that you have to be gentle with them—which seemingly goes against the entire history of the kettlebell. But since this is a more complicated system than just “metal ball with a handle,” the internal mechanisms can break if you have a habit of dropping your kettlebells on the floor. So be wary.

For the newcomer, the size, shape, and appearance of a kettlebell can be intimidating on its own. These MDSTOP options rethink the traditional kettlebells into much more user-friendly canvas sandbags that are much more comfortable, and able to be filled up to 35 pounds. They are great peace of mind for homes with little ones (or even pets) running around—you don’t have to worry about lugging or swinging around enormous and potentially dangerous metal balls.

Available in 6, 16, 18, and 30 pound options, the Champion Barbell kettlebells are made of rubber instead of cast iron, which is great for anyone who has accidentally dropped a traditional kettlebell and has the cracked floorboards to prove it. They come in a variety of colors (which correspond to their weight) so they even look better in your workout area than traditional gray metal bells. Go hard, but let your floors off easy.